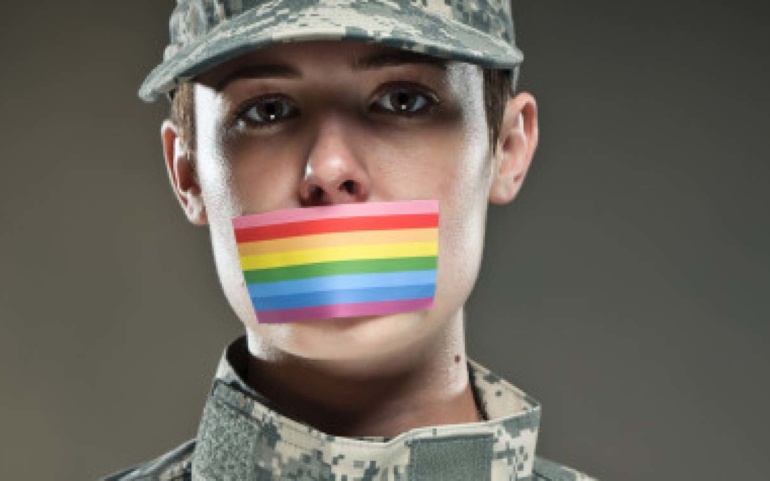 Last week’s tweets from President Trump stating that transgender people will not be allowed to join the military, and those currently serving will be administratively separated, shocked me. As a transgender veteran currently working in advocacy for transgender service members, I have spent the past five years of my life lobbying to ensure they can serve while bringing their full selves to the mission.

In that time, I have come to know our transgender troops. I’ve seen what they contribute to our national defense and how much they have endured to do so. Their determination and dedication are beyond question.

I don’t want anyone to have to make the choice between the career they love and who they are. I reached a point in my service in the '90s where I had to make that decision. I knew I couldn't come out to anyone without being administratively separated, much less transition. I suppressed my identity for another fifteen years, but in the end, it was too much. I left the reserves in order to transition.

I never stopped wanting to finish my career with honor and dignity. It had been my intention to rejoin the reserves this fall after the accessions policy was in place.
There is no valid reason for Trump’s policy. Transgender people are twice as likely to serve in the military as the general population. We’ve served honorably for decades and openly since 2015, when Secretary of Defense Ash Carter declared that while a new policy was being developed, military personnel would no longer be separated(i.e. discharged) for being transgender.

Trump's tweets seemed to shock Congress and the Pentagon as much as me. The policy allowing people to transition while serving was modeled after countries that have allowed this for decades and has gone relatively smoothly. Secretary of Defense James Mattis was asked about this issue during his confirmation hearings and consistently expressed support for retaining the current policy.

Even Senator John McCain, the Chairman of the Senate Armed Services Committee, who opposed the repeal of “Don’t Ask, Don’t Tell,” is opposed to banning transgender service members. In his office’s press release, he states, “The Department of Defense has already decided to allow currently-serving transgender individuals to stay in the military, and many are serving honorably today. Any American who meets current medical and readiness standards should be allowed to continue serving. “

The rationale of cutting costs makes no sense either. The issue of transgender service was studied at the behest of the Office of the Secretary of Defense, which concluded that the medical costs for transitioning service members would be “negligible.”Trump did not provide a source for those so-called "tremendous medical costs," but his administration has close ties to anti-LGBT groups that have actively advocated against allowing transgender people to serve in the military.

In my case, the cost argument makes even less sense. I paid for all of my transition-related expenses out of pocket after I went into the inactive reserves. My return to active duty would cost the military nothing in terms of medical care. Excluding me, however, costs the DoD the opportunity to benefit from my experience, knowledge, and skills.

That report commissioned by the Secretary of Defense also declares that the research on transgender inclusion in foreign militaries, though limited, "indicates little or no impact on unit cohesion, operational effectiveness, or readiness." There is no evidence that the current policy for U.S. troops has been any different.

However, what does impact mission readiness is losing good, dedicated people with no warning. Service members are often specialists with skills that are difficult to replace. Often a unit’s depth in these areas only goes “one deep.” A squadron that loses its lead maintenance check pilot, or a detachment that suddenly loses their only avionics technician, will suffer in terms of mission capability.

Worst, though, is the human toll this policy will take. If it goes through, I will never be in uniform again. I will lose 17 years of good service. Others have even more at stake. They stand to lose the careers they fought so hard for and the ability to support their families. They’re scared of what will happen to their units, their spouses, and children as a result of this outburst on social media.

These are good people, dedicated to serving their country, families, and units. All I want is to go back to the reserves so I can use my skills and talents to support U.S. national interests. Policy decisions with such profound effects on people lives should not be made on a whim via Twitter.