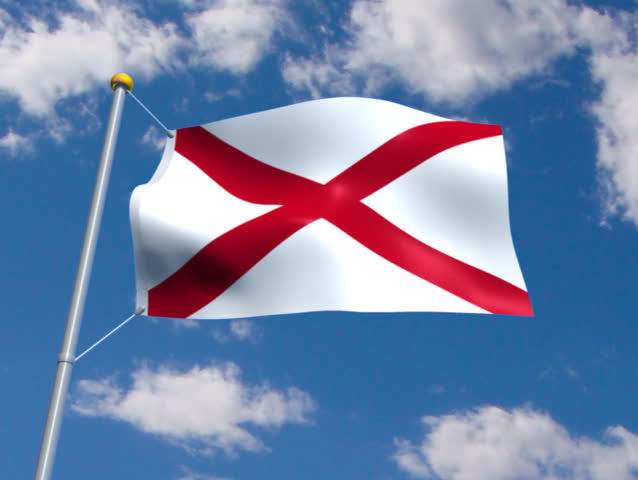 When people think about Alabama and what it's famous for, of peanuts, college football and Lynard Skynard come to mind. Many would like to think that it would welcome progressiveism to overcome its terrible history of Jim Crow laws. However, recent legislative actions in the state have proven that no matter how much good comes out of the actions of a person or state, it only takes one act of ignorance to mar an image that was at least tolerable and set a state back 50 years but leave it to states like Alabama to prove just how ass backwards, ignorant and inherently bigoted it really is. Not only did Alabama have us looking sideways when they passed the most restrictive abortion ban ever last month, not even making exceptions for women and girls who become pregnant as a result of rape or incest, but leave it to them to out do themselves this time with a bill that supports chemical castration of its sex offenders convicted of molesting a child younger than 13, an effort currently being enforced in eight other states. Despite sex offender recidivism being extremely low the first 5 years after release, chemical castration is often seen as an easier alternative to life imprisonment or the death penalty because it allows the release of sex offenders while reducing or eliminating the chance that they re-offend.

Alabama House Bill 373 was introduced by Alabama State Representative Steve Hurst and according to him he introduced it because his only goal was to "protect our children". Therefore, by requiring those convicted of molesting a child under the age of 13 to be chemically castrated as a condition of their parole, it will decrease their sexual desires and their desire to re-offend. However, despite his good intentions, Representative Hurst's idea to introduce such a bill is flawed in more ways than one (which I will get into in just a sec). Also, those seeking parole are required and expected to pay for the monthly treatments themselves! Say what? How crazy is it to require people to do something but not pay for it yourself? Oh, wait. I forgot. Alabama CAN'T pay for the treatments because it is not only broke but it is one of the poorest states in the south and can't afford to pay for the treatments even if they wanted to. The bill has passed both houses and now awaits Alabama Governor Kay Ivey's signature and considering that she is a woman and a mother, it is likely to be passed into law. We all know that being both a woman and a mother can either be a great combination or a deadly combination as mothers can be great protectors of our children but we can also be dramatic and overly sensitive which causes us to act without all the facts and out of fear and this can sometimes be more explosive that the initial issue. Therefore, I see this as a shit storm waiting to happen as there are too many issues with passing such as law and those flaws I mentioned earlier? Here they are, in no particular order:

In closing, I'd like to note that I am a victim of molestation and rape and can sometimes have biased feelings towards those convicted of sex crimes but as a Christian first and a criminal justice activist who advocates for equality second, my PERSONAL feelings have no place in my activism because my PERSONAL feelings do not trump good old common sense and what I now know about oppression and mass incarceration as an adult. As a Christian, I believe that God is the only one who can judge us in the end and that is where judgement should lie. Therefore, regardless of what I went through as a child, I am now fully aware that all things are not what they seem in this thing called politics, that the criminal justice system is inherently biased and unjust to people of color, that politicians profit off of feeding this unjust system and that wrong is wrong no matter my personal biases.

Waleisah Wilson was born and raised in Columbus, GA. She attended several different elementary, middle and high schools due to being in foster care due to her mother being in active addiction. She was the first in her family (on both sides) to attend college and to graduate with both undergraduate and graduate degrees. Waleisah holds a Bachelor's degree in Sociology, a Master’s Degree in Human Services with a concentration in Social and Community Services, a Master’s Degree in Nonprofit Management, and a Graduate Certificate in Criminal Justice. She later plans to pursue her doctorate in Business Administration. Waleisah is the mother of a 15 year old.