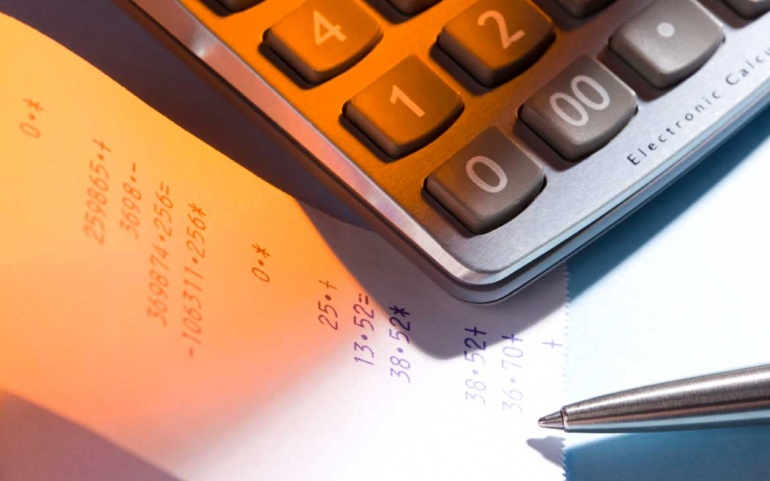 You’ve probably heard about the tax plan that President Trump and Republicans are trying to jam through Congress. But if you’re a normal person, your eyes probably glaze over when the subject turns to taxes. I am a nerd who spends all day thinking about tax policy, and I am constantly boring the people around me by talking about it. That’s what they tell me: taxes are boring. I get that.

And it’s much worse than what you’ve probably heard. Here are just three ways the tax plan hurts you, your family, and your community.

Over the course of this year, President Trump and Republicans in Congress have repeatedly attempted to take away health care coverage for millions of people by repealing the Affordable Care Act, otherwise known as ObamaCare.

People around the country rose up in fierce opposition: patients and their families, nurses and other health providers, faith groups, activists, and everyday citizens. And we’ve succeeded.

But Trump and his allies in Congress are at it again, this time by trying to sabotage the Affordable Care Act and people’s health care through as part of the tax code overhaul.

Late Tuesday night, the Committee chairman crafting the tax bill added a provision cutting one of the legs out from under the Affordable Care Act, repealing the so-called “individual mandate.” That would result in 13 million fewer people with health coverage, and health premiums rising by 10 percent for those who buy their policies on the individual market.

Now, you may ask, what does this have to do with so-called “tax reform”? The answer is that the proponents of the tax bill are counting on the “savings” from fewer people being covered by Medicaid and the Affordable Care Act to pay for enormous tax cuts for corporations. In other words, if the government is spending less money to cover people through Medicaid or help them afford coverage with tax credits, then there is more money for corporate tax cuts. Of course, there is no actual “savings” because those costs are just shifted onto people.

There are other ways the tax bill threatens health care. For example, if the tax bill were to pass, it would trigger an automatic cut to Medicare – cutting the program that provides health security for seniors by 4 percent, or $25 billion next year alone. Those sudden cuts would likely result in fewer doctors and providers serving seniors, or passing those costs onto them or to other patients.

The version of the bill that the House of Represenatives is considering would also end the tax deduction for very high medical expenses. Under the current tax code, when a family has extremely high medical expenses for whatever reason – a sudden or chronic illness, or the need for long-term care for a family members – the tax code partially cushions the blow. People can deduct those expenses, reducing their tax bill. If the deduction is repealed, the very families who suffer very large medical expenses will be hit with higher taxes as well.

The Trump-Republican tax plan is based on the notion that cutting taxes on corporations and other large businesses will prompt them to create more jobs or raise the pay of their workers. That’s why most of the tax cuts in the bill go to corporations and wealthy people who own business entities. Which is to say – the tax bill gives the biggest tax cuts to the very people who need them the least.

In the Senate’s version of the bill, for example, millionaires would get about $50,000 in tax cuts each year - about as much the entire earnings of the typical American household.

Meanwhile, the hardest-pressed families get no tax cuts, or only token tax cuts. And most families would see no meaningful tax cut. 47 million families would actually see a tax hike under the bill the House of Representatives is voting on this week. Under the Senate version, vritually all families would see their taxes rise gradually over time.

Among the people who are getting hit with new taxes are people trying to get ahead. For example, for people paying back student loans, the House bill eliminates their ability to deduct the interest on those loans from their taxes. The bill also imposes stiff new taxes on people who fund their education by working for a university – as a graduate teaching assistant, or in any other capacity.

These things show that the purpose of the bill is not to help people get ahead – it’s to give more money to those who have already made it, and made it big.

And will corporations use their new tax cuts to create jobs or pay their workers more? There really is little reason to think so. Corporate after-tax profits have been sky-high already in recent years, and that hasn’t translated into bigger paychecks for workers.

In fact, this tax bill undermines workers’ ability to fight for better pay by taking away their ability to deduct union dues. Meanwhile, corporations that pay lawyers to fight unions and keep wages down will be able to deduct those legal fees.

Again, taxes are technical and weedy. But the tax code is also about our values as Americans. For example, is it fair that millionaires would get tax cuts 150 times bigger than middle-class families under this bill? Is it fair that U.S. corporations can avoid taxes by artificially moving their profits to offshore tax havens?

The tax bill also includes a totally gratuitous attack on reproductive freedom by inserting so-called “personhood” language into an obscure tax provision. It’s nothing more than an attempt to lay the groundwork for future attacks on reproductive rights and women’s health. This has nothing to do with taxes, but everything to do with our values and liberties.

So, I hope I’ve convinced you that this is not just a boring debate about taxes. We have to stop this tax bill to protect health care, to move toward an economy where people can get ahead, and to stand up for our values as Americans.

Here is how you can help stop this bill.

Seth Hanlon is a senior fellow at American Progress, where he focuses on federal tax and budget policy.

Prior to rejoining American Progress, he served as special assistant to the president for economic policy at the White House National Economic Council, where he coordinated the Obama administration’s tax policy. He has also served as senior tax counsel for the House Budget Committee Democratic staff under former ranking member Rep. Chris Van Hollen (D-MD) and as tax counsel for Sen. Debbie Stabenow (D-MI), a senior Finance Committee member, among other Capitol Hill roles. He was the Director of Fiscal Reform during a prior stint at American Progress and an associate attorney at Caplin & Drysdale, Chartered.

Hanlon has testified before Congress, and his work has been cited in the Financial Times, The New York Times, The Washington Post, The Atlantic, and other publications. He has been featured in CNBC, NPR, C-SPAN and other outlets to discuss tax issues.

Hanlon received his bachelor’s degree from Harvard University and his J.D. from Yale Law School.