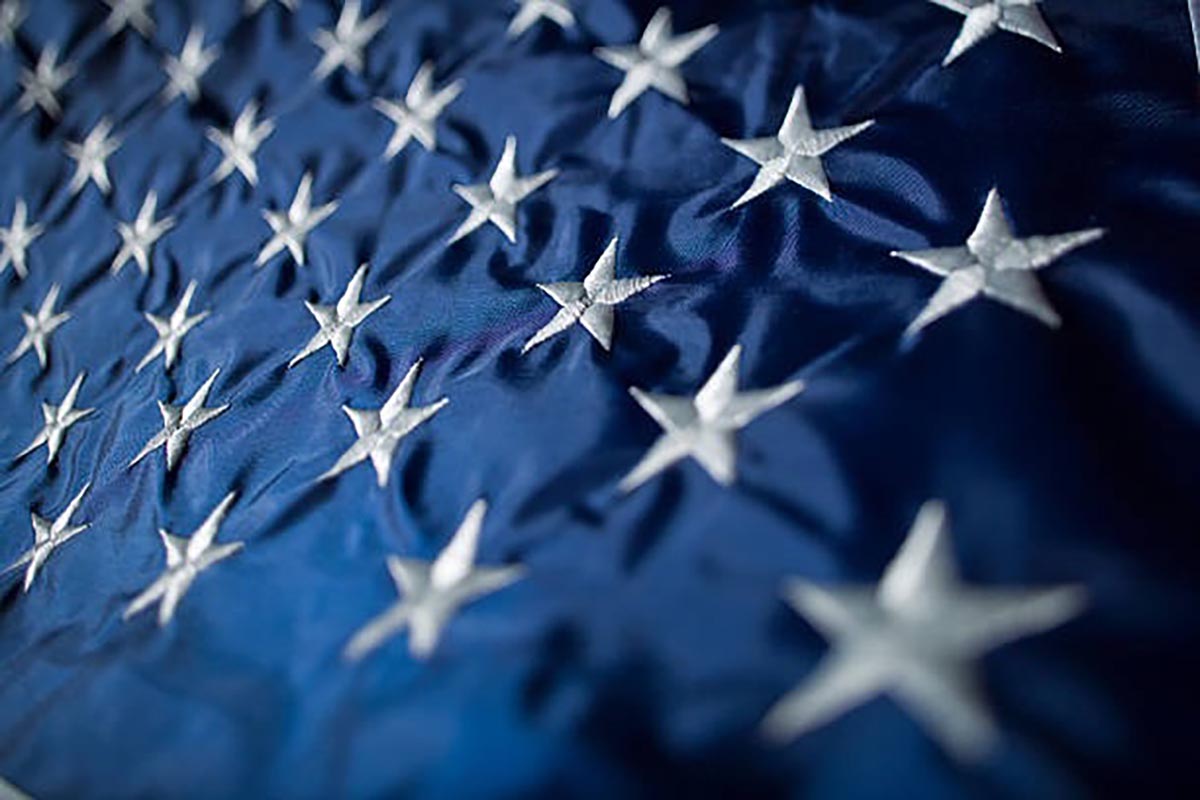 I am a libertarian. Libertarians believe in freedom; in voluntary association; that, because government is society's only mandatory institution (has power over all within its jurisdiction; may initiate force to impose its will), its only permissible function is to protect negative rights (freedoms; liberty); and that positive rights (the so-called right to be given other people's product) do not exist.

Liberals believe in social justice -- but there is no such thing. What they mean by social justice is "those of us with superior spiritual insight will determine how much everyone should have, and the government will take from those who have too much and give to those who have too little, until everyone has what we think they should." That's theft. It makes each of us the slave of all of us.

In the realm of personal behavior, liberals want to control some behaviors -- ban plastic shopping bags and soda -- but are permissive in terms of private morality.

Liberals are all heart and no brain, whereas conservatives are no heart.

Liberals make more congenial companions, but conservatives generally make for better government (so long as the courts don't let them enforce their Christian morality) because they interfere less with private property and defend us better against criminals and foreign bullies.
Both liberals and conservatives want government to control parts of our lives -- liberals want it to deprive us of economic freedom, conservatives of moral freedom.

Thus libertarians, by the illogic of conventional political labeling, are economic conservatives and social liberals. That sounds inconsistent but is not. It consistently values freedom.

Admittedly, it is not clear that freedom could work. If government spent nothing on health care, would the medical profession find a way to make its services affordable for ordinary people? If publicly financed education were eliminated, would parents find a way for their children to learn? If the government stopped distorting the housing market, could the private sector solve the problem of affordable housing? Could food banks and other private charities handle the problem of food insecurity? No one knows, because freedom has never been tried. In a sense being libertarian is all too easy; we don't have to worry about any of the policies we advocate ever being adopted and then finding out we had helped cause enormous human suffering.

But despite many disagreements, on one thing liberals, conservatives, libertarians and all people everywhere should be able to agree wholeheartedly. By a wide margin, Donald Trump is the worst person ever to be President. On a scale from 1 to 100, slaveholders and Native-American-slaughterers like Andrew Jackson might earn a 30 or 40; they had offsetting redeeming features. Trump might be a 10, or he might be a zero; he may not have a single redeeming feature.

He is a lifelong promoter -- of real estate, business ventures, and entertainment properties as means to an end, but primarily of himself. The basis of his real estate brand is to sell a fake version of luxury to the aspirational middle class -- all gilt and glitz, with no substance. He deals falsely with his business associates -- declaring bankruptcy and costing others their livelihoods while he garners tax deductions. His so-called University was just another worthless fly-by-night seminar scam given credibility by his name. He was not merely a reality television star (and all reality television is a scourge upon the earth) but his show was based on his own rudeness, manipulation, and emotional brutality. He's a serial abuser of women -- and proud of it. The public record reveals literally not a single good thing about him. He is narcissistic and psychopathic -- if not clinically, then certainly by the ordinary meanings of those words.

He is, it should go without saying, totally, completely, absolutely unsuited by experience, personality, character, and, most of all, temperament, for any elective office, but specifically for the presidency.

How was he elected? Name recognition. Colossal weakness in his Republican opposition. Too many Republican candidates, making it hard for any one of them to emerge as an attractive alternate to him. Distinctiveness - he certainly did stand out from that primary-election crowd. Ease in front of cameras and crowds (remember the first Kennedy-Nixon debate -- ease goes a long way toward making a good impression). Highly effective pandering (about which more later). Irrational hatred of Hillary Clinton, who by objective standards was a very ordinary Democrat, but whom many seemed to think was a crook or a murderer.

But two other things were more important and more troubling. Remember the Nixon concept of the Silent Majority? Trump tapped, not a majority, but a too-large-for-comfort minority that hates what the rest of us think of as progress: free trade, equal rights for gays (including same-sex marriage), loss of importance of religion in public life, increased population of people of color (mostly because white people stopped having enough babies), women's rights, and most of all civil rights for blacks and Hispanics -- all the social progress of the past six decades.

During that time, those advocating the changes thought the rest of the country was coming along, that hearts and minds had been changed. In 2016 we learned that, that for a large percentage of the population, nothing had changed. They had been dragged along with their heels in the dirt the whole way. In their hearts and minds, they never gave an inch. During the 2016 campaign, like a rubber band, they snapped back to where they started -- the 1950s, with gays in the closet, women in the kitchen, blacks in separate restrooms, and the US the unquestioned economic power in the world.

They'd spent decades waiting for a vehicle for their fear and hate, and as soon as one appeared, they used it. Trump became that vehicle not because they knew he agreed with them, but because they sensed he would go along with anything, pander to any desire no matter how hateful, if he thought it would make him win. To Trump, there is no truth, no right or wrong, only winning. Besting someone else is all he cares about. If it took neo-Nazis and the KKK to do it, that was fine with him.

The second troubling item is the Russians, fake news, and the loss of confidence in mainstream media. Mainstream journalists perform a vital public function and mostly do it well. Yes, of course they have a liberal bias. All life-long residents of "fly-over country" become accustomed to the unconscious condescension of the self-appointed bi-coastal elite. But whatever its flaws and biases, we need the mainstream media. They are our most reliable source of facts and truth. But over the years, somehow, they went from heroes of Watergate to villains. That left a void into which right-wing media and fake news could - and did -- flood. Social media filters created an echo chamber that kept the disaffected minority fed with reassuring fake news. The Russians were the water source behind the flood, financing it, staffing it, enabling it. It must require a heroic effort for Putin not to break out laughing in public every time the issue of Russian interference in our elections is raised. He did it and he got away with it. If the Russians actually interfered with the voting process itself, then he has even more to laugh about.

Putin may be the worse person currently alive in the world. He's certainly the one in the position to do the most damage.

The remaining question is, how much did the Trump campaign cooperate with Putin in this perversion of the US electoral process? Certainly, they were glad of it, but did they actually collaborate in it, or merely sit back and let it work to their advantage? We'll probably find out eventually -- but not before much damage has been done by the worst person ever to be President.

(As to the question of whether Putin has blackmail material on Trump, so that Trump is not cooperating with Putin but being coerced by him, certainly Trump has done things for which a normal person could be blackmailed, and it's plausible that Putin might have documentation of some of them. But can Trump be blackmailed? Is there any fact, no matter how overt, he would not feel free to call fake news? Even if the truth were established, is there anything he'd be ashamed of? More relevant, is there anything that would damage him? He not only survived but prospered after his "grab them by the pussy" recording was made public - would urinating prostitutes be any worse? Is there anything his core supporters would not stand for? If Putin has gone to the trouble to try to blackmail Trump, he may have wasted his time.)

What about policy? Don't libertarians agree with at least some of Trump's policy positions? Shouldn't we take advantage of his presidency for whatever good we might get from it? Shouldn't we use him as ruthlessly as he uses others?

No. The Republican Party is doing that - overlooking his abominations to try to use him for their own purposes - and if it destroys them, they deserve it. As long as we have a president who cares nothing about policy (because he cares only about winning), neither can we. Nothing good can come of this administration. Any apparent victory gained by cooperation with it will be illusory - poisoned at the source. This is a devil with whom we must not dance, no matter the seeming short-term advantage.

So, whatever our other disagreements, we should all agree on this. The Resistance is vital. The Antifa is problematic; they seem to be anarchists and Communists. We may regret accepting their help; they may be as bad as what we are fighting against. But the mainstream resistance must succeed -- our nation's future depends on it. Trump must be at most a one-term president, and ideally much less than that.

But then what? How do we avoid a repetition -- another demagogue gaming the system, or having it gamed for him by hostile foreign powers? How do we convince the "heels in the dirt" group that social progress is a good thing? How do we keep fake news from crowding out the truth? How do we rebuild confidence in "the establishment" so that every candidate whose only selling point is that he is not a member of the establishment doesn't automatically get a third of the vote? It's not clear. How do we persuade those who will not listen because God told them not to, or because the factory shut down and they don't care why, or because a black person is allowed to walk on the sidewalk instead of stepping off into the street to make room for them and they feel that's just not right?

Finding answers to those questions is vital for our future after Trump.

George Sherry is a retired architect living in Texas. Republican by upbringing; objectivist libertarian by conviction. Votes for the person, not the party. Does not like having to use his real name here; hopes the KKK doesn’t murder him or vandalize his house. Twitter for this article: @cussatmehere