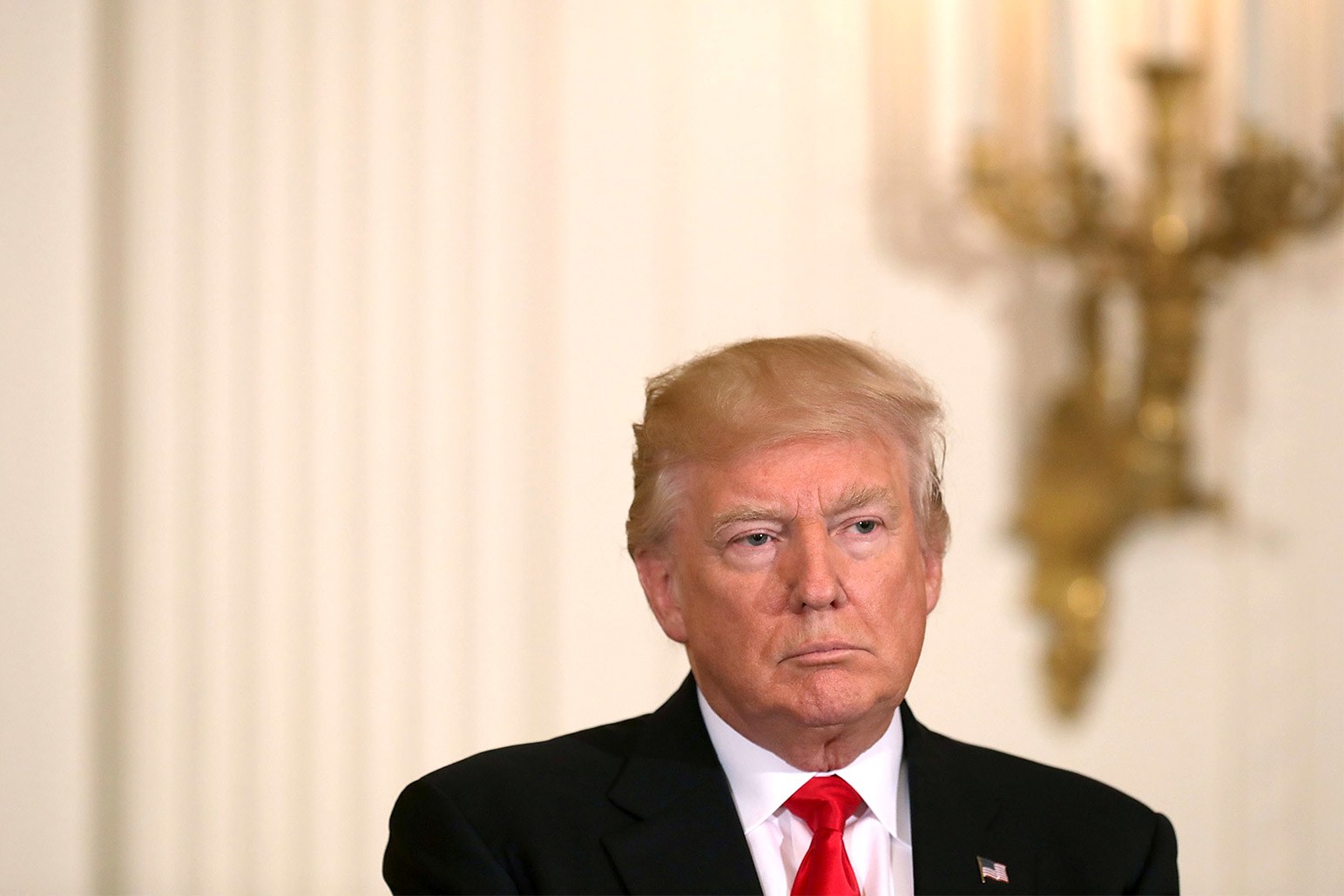 I imagine that the idea that our President might not care if we are free is a tough pill to swallow for any American. It certainly is for me a US Army veteran. The very idea strikes at the heart of American exceptionalism. First off, accepting this belief would require us to call into question the collective intelligence of our electorate. Further, it would require us to reconcile that we chose an autocrat as the protector of our beloved Constitution, a document that many veterans have died for. All this said there are three ways in which I believe Trump is undermining the very concept of freedom that we Americans so often cite as our God given right. The three crucial truths that I believe must be defended now are the right to choose our own destiny, the rule of law and our right to hold our government accountable. These are just three of many ideas that are being challenged by the current administration, but I believe they are the most critical.

I would argue that the three most important words written by our forefathers were the first three written into the Preamble of our Constitution. They of course are “We the People”. These words establish the core concept that we choose our destiny by electing our administrators. Our forefathers chose this style of government because we had just experienced being part of a nepotistic monarchy. This makes our elections sacred to the American experience; any attempt to stop, change or influence our elections should be viewed as an attack on the very pretext for the creation of our nation. We have been provided convincing evidence that Russia at the very least attempted to influence the election to favor the winner, Donald Trump, in 2016. This is a deed that Russia must atone for if we are to live up to our commitment as the world’s foremost patron and protector of self-determination. In retaliation for this alleged crime Russia had sanctions levied on them by the Obama administration in December 2016. In the days immediately following the announcement of those sanctions Michael Flynn, then a member of the Trump transition team and soon to be National Security Advisor to President Trump, called the Russian Ambassador to the US, Sergei Kislyak. This was an apparent effort to get Russia to abstain from retaliating against the US for these new sanctions by promising to relieve those sanctions once Trump was inaugurated. In January of 2016 immediately following the inauguration the Trump administration then attempted to remove all Russian sanctions according to State Dept. sources, but was stopped when Senior State Department officials reported this to Congress. Later in August of 2016 Congress and the Senate passed a new Russian sanctions bill by a count of 419-3 in the House of Representatives and 98-2 in the Senate for election interference. Due to a combination of Senate rules and Constitutional principles the President was forced to sign it into law. Despite signing it he did so reluctantly by attaching an addendum that stated his objection to signing it. The Trump Administration has chosen not to implement these sanctions despite the fact they are law. I am a firm believer in completing what you promise to do, especially for any person who does this in a position of public trust. There is no position where this matters more than the Presidency of the US. With that said there are two promises written into the Presidential Oath of Office, they are to execute the laws of the land faithfully and to protect and defend the Constitution. Trump’s failure to comply with the Russian Sanctions bill is proof that he has chosen not to follow through completely on his promise to execute the laws of the land faithfully.

Another overarching concept written into our founding documents is the idea that all men are created equal and no one person is above the law. This makes maintaining the rule of law essential to the survival of our hard fought for nation. Trump has thumbed his nose at this concept from early on. While some applaud his commitment to the rule of law in his handling of immigration matters, he still undercuts fundamentals to the rule of law. The first is that he appears to use his power to go after opponents. He has often mentioned his frustration that he is under investigation while his election opponent Hillary Clinton wasn’t. Attempting to use your law enforcement apparatus to go after political opponents is something you are much more likely to see in an autocratic society as opposed to a free one. Secondly he appears to view himself as being above the law. He has quite often bemoaned the very existence of the investigation into his administrations potential ties to Russia. He even went so far as to say that he fired his FBI director as a result of the investigation in an interview with Lester Holt of NBC News. If you are firing people that are investigating you how are you helping prove to the American people that you are committed to justice? These actions do not appear to be the actions of an innocent man just waiting to be exonerated, instead they appear to be the actions of a man that is deeply concerned with what might come to light.

Our forefathers are well regarded for a number of reasons. The very fact that our Constitution still exists largely unchanged after nearly 230 years attests to not only their intelligence but also their foresight. One of the wisest decisions they made was to make the 1st Amendment the right to practice free speech, religion and have a free press. While many conservatives tout the 2nd Amendment as the preeminent indicator of our freedom, it is our first that actually grants our rights to live freely on a daily basis. Adding a free press to the 1st Amendment was no accident. The press has the role of reporting what our government is actually doing so that “we the people” can make sure our government is doing what they said they would and that they themselves are following the laws they write and execute. Further we would have trouble making informed decisions in the voting booths without the press, thus diminishing our ability to wisely choose our destiny. Our President quite famously has continued to attack any press outlet that chooses to report negatively about him. While other Presidents have complained about the press, only Trump and Nixon have gone as far as saying that the press is the enemy of the American people. Trump has even gone as far as asking Congress to review the “libel laws”. While the odds of this actually happening are slim it would clearly violate the 1st Amendment as it reads “Congress shall make no law..”. This request alone shows both his autocratic tendencies as well as lack of understanding of our Constitution. This is where he fails to meet the other promise he made in his oath by not protecting or defending the Constitution; he is in fact openly calling it into question.

It would be foolish for me to speculate what happens next but I can assure you that we better think long and hard about our rights and how to protect them while we still can. We owe this to our forefathers, our ancestors, our veterans and our children.  We do not want to have to explain to our children and grandchildren that we stood by and let our country slip away from us.

12 year US Army veteran currently working in the IT industry and raising a small family.