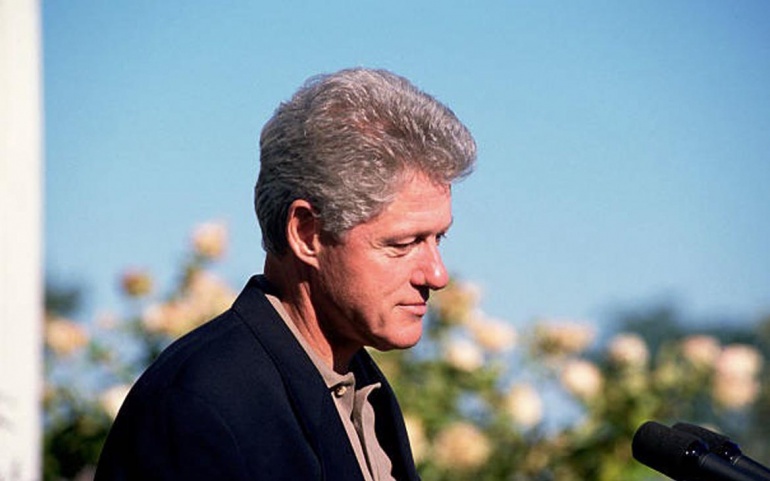 As the recent flurry of sexual harassment and assault allegations against powerful men continues to snowball, conservatives have relished in reminding liberals that our beloved Bill Clinton is likewise an accused predator.

As much as it pains me to admit this—as a Democrat, a Hillary supporter and a fan of the former president’s politics—they are absolutely right.

While the image of Bill Clinton often conjures up feelings of nostalgia, for both his left-leaning politics and undeniable charisma, there is a darker side to him that can’t be ignored. He is, by several women’s accounts, a serial sexual predator.

In the 1990s, accusations surfaced that Clinton violently raped Juanita Broaddrick during his gubernatorial campaign in 1978.  He has also been accused of Harvey Weinstein-esque tactics, including exposure and groping, by two other women. And of course, there’s his affair with Monica Lewinsky, which although consensual, is a classic case of sexual harassment given the inherent power dynamics at play.

For too long, we have brushed aside these serious allegations because we like(d) his politics. I know this because I’m guilty of it. I recently went to an event for New Jersey’s incoming governor, Phil Murphy, and President Clinton was there. For the 20 minutes he spoke, I was awed; Clinton is an intelligent, well-spoken, charismatic man whose positions on issues like gun control and abortion resonate deeply with me.

But he is also a sexual abuser. And he doesn’t get a pass because he’s likeable or because we love his love of balloons.

So why are we continuing to put him on a pedestal—honoring the 25th anniversary of his presidential election and tuning in to catch him on the late night circuit—while demanding the downfall of Republicans accused of similar acts? It’s not fair and it’s not right.

We can’t scream until we’re purple in the face about Roy Moore and Donald Trump, then quietly sit by while Democrats—however beloved they may be in our collective consciousness—are accused of the same egregious acts. It’s not only hypocritical, but it sets a dangerous double standard; we can’t cherry pick which victims to rally behind based on their accused’s politics. Sexual assault should never be a partisan issue.

What’s more, by choosing party over victims, we jeopardize the momentum gained by the #MeToo movement and muddy the already murky waters for future victims to come forward. Disclosing an assault is never easy, and we should be doing everything possible to support survivors of sexual assault, even—especially—if it means setting aside politics.

Imagine the message it would send to potential abusers if even our most lauded public figures, like Bill Clinton, are held accountable for sexual assault and harassment: There is nowhere to hide and no person above the law, so don’t even try it.