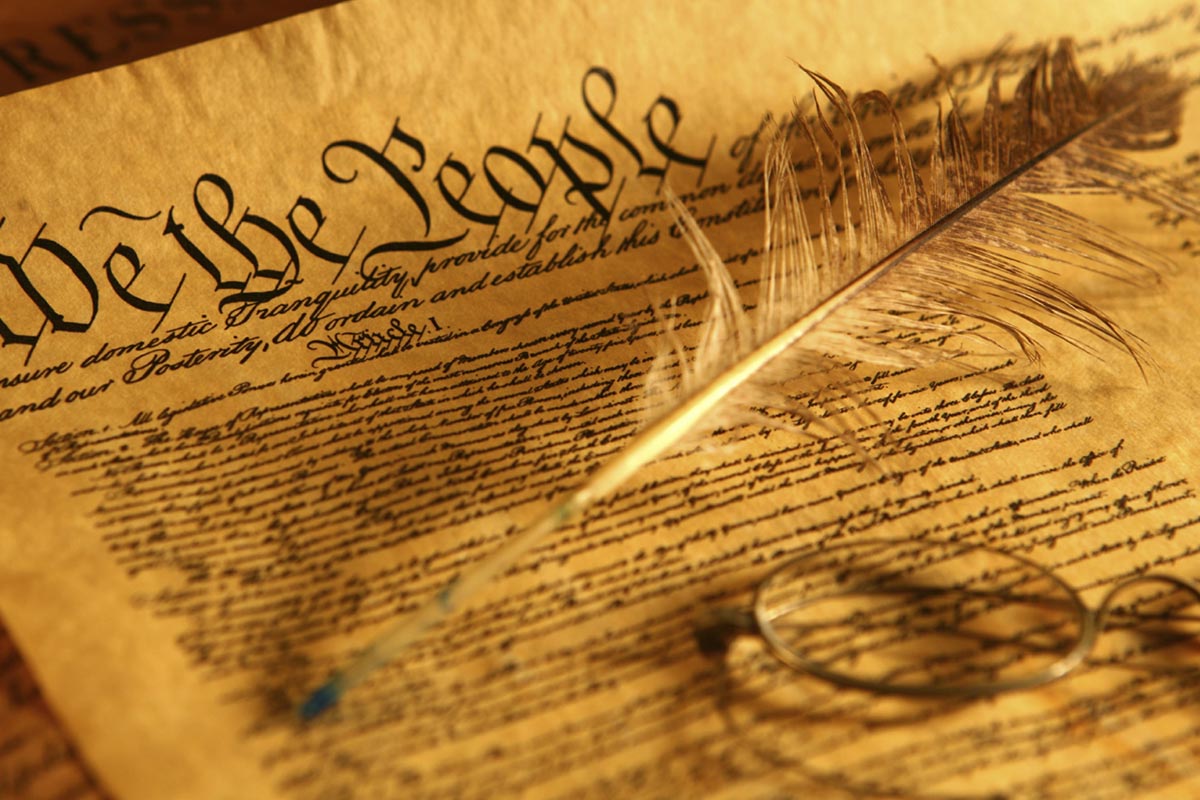 We who oppose tyranny in all its guises don’t yet have our own Thomas Paine, Elizabeth Cady Stanton, Frederick Douglass, Abraham Lincoln, Franklin Roosevelt, Eleanor Roosevelt, or Martin Luther King, Jr. - but we have their words.  Keep them close.  Make them your own.  Speak them often.  Share with friends and family.  Remix at will.  And please add to this roster if you feel the urge!  The struggle continues.

We have it in our power to begin the world over again.
– Thomas Paine, Common Sense, January 1776

We hold these truths to be self-evident, that all men are created equal, that they are endowed by their Creator with certain unalienable rights, that among these are life, liberty, and the pursuit of happiness…
– The Declaration of Independence, July 4, 1776

We the People of the United States, in order to form a more perfect union, establish justice, insure domestic tranquility, provide for the common defence, promote the general welfare, and securing the blessings of liberty to ourselves and our posterity…
– Preamble to the Constitution, 1787

There must be continual additions to our great experiment of how much liberty society will bear.
- Walt Whitman, 1846

We hold these truths to be self-evident: that all men and women are created equal…
– Elizabeth Cady Stanton et al, The Declaration of Sentiments, Seneca Falls, 1848

[T]hat this nation, under God, shall have a new birth of freedom; and that government of the people, by the people, for the people, shall not perish from this earth.
– Abraham Lincoln, The Gettysburg Address, 1863

Give me your tired, your poor,
Your huddled masses yearning to breathe free,
The wretched refuse of your teeming shore.
Send these, the homeless, tempest-tost to me,
I lift my lamp beside the golden door!
– Emma Lazarus, The New Colossus, 1883

Where justice is denied, where poverty is enforced, where ignorance prevails, and where any one class is made to feel that society is an organized conspiracy to oppress, rob and degrade them, neither persons nor property will be safe.
– Frederick Douglass, “Southern Barbarism,” 1886

The price of liberty is something more than eternal vigilance. There must also be eternal advance. We can save the rights we have inherited from our fathers only by winning new ones to bequeath our children.
– Henry Demarest Lloyd, “The Divinity of Humanity,” 1894

When I, the People, learn to remember, when I, the People, use the lessons of yesterday and no longer forget who robbed me last year, who played me for a fool – then there will be no speaker in all the world say the name “The People” with any fleck of a sneer in his voice or any far-off smile of derision.
– Carl Sandburg, I am the People, The Mob, 1910

A true patriotism urges us to build an even more substantial America where the good things of life may be shared by more of us, where the social injustices will not be encouraged to flourish.
– Franklin Delano Roosevelt, World War I Memorial Dedication in St. Louis, 1936

O, let America be America again—
The land that never has been yet—
And yet must be—the land where every man is free.
The land that’s mine—the poor man’s, Indian’s, Negro’s, ME—
Who made America,
Whose sweat and blood, whose faith and pain,
Whose hand at the foundry, whose plow in the rain,
Must bring back our mighty dream again. ­
– Langston Hughes, Let America Be America Again, 1936

Freedom is never given. It is won.
– A. Philip Randolph, “The Crisis of the Negro and the Constitution,” 1937

Equality before the law; Equality of Education; Equality of opportunity to earn a living; Equality to express oneself and participate in government.
– Eleanor Roosevelt, The Moral Basis of Democracy, 1940

We look forward to a world founded upon four essential human freedoms. The first is freedom of speech and expression… The second is freedom of every person to worship God in his own way… The third is freedom from want… The fourth is freedom from fear.
– Franklin Delano Roosevelt, State of the Union Address, January 1941

I still have a dream. It is a dream deeply rooted n the American dream. I have a dream that one day this nation will rise up and live out the true meaning of its creed: “We hold these truths to be self-evident, that all men are created equal.”
– Martin Luther King, Jr., March on Washington for Jobs and Freedom, August 1963

Harvey J. Kaye is the Ben & Joyce Rosenberg Professor of Democracy and Justice Studies at the University of Wisconsin-Green Bay and author of Thomas Paine and the Promise of America (Farrar, Straus and Giroux) and The Fight for the Four Freedoms: What Made FDR and the Greatest Generation Truly Great (Simon & Schuster). He is currently writing Radicals at Heart: Why Americans Should Embrace their Radical History.  Follow him on Twitter: @harveyjkaye