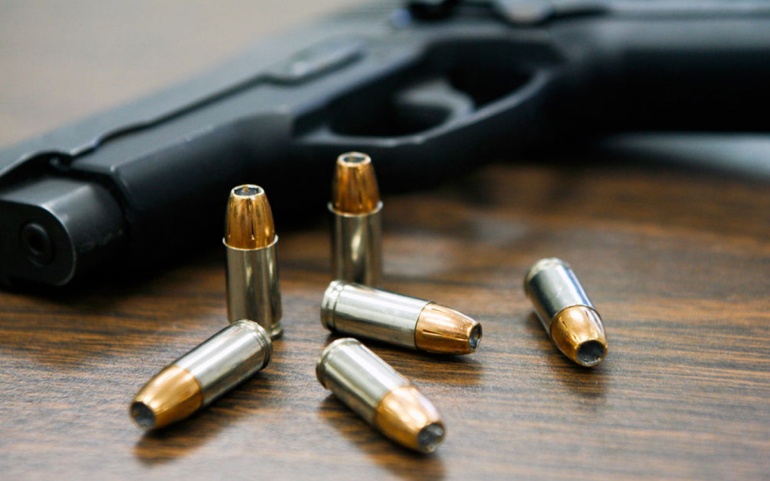 I want to start off by saying that I am a gun owner. I grew up around guns in Arkansas, and, more importantly, I grew up with responsible gun owners. Guns do not scare me; it is the person holding the gun who does. The conversation around gun issues can sometimes be uncomfortable, so prepare yourself for discomfort.

Since 1968, more Americans have been killed by guns than in all U.S. wars combined. Approximately 90 Americans die daily from gun violence, suicides, and other avoidable accidents. The number one cause of gun deaths in this country is suicide. According to the CDC, this problem is only getting worse, not better. This reason alone is why I advocate for a more thorough mental evaluation for gun purchasers. A thorough mental background check should be able to weed out someone who intends to harm themselves.

In the aftermath of mass shootings in this country, we are bombarded with statistics about mental illnesses, but only if the shooter is white. If the shooting was carried out by people of Middle Eastern descent, the media headlines switch from “mental illness” to “terrorist.” On February 21, 2017, Donald Trump signed a bill into law rolling back regulation that would have made it almost impossible for people with mental illnesses to purchase a gun. Had the regulation not been rolled back, it would have added 75,000 names to the database of people ineligible to buy guns. If mental illness is such a problem, why can’t we block them from purchasing firearms? We block epileptics from flying planes; people with Parkinson’s disease cannot perform surgery; and people with Alzheimer’s cannot practice law. We need to institute the same common sense to the mentally ill and our gun laws.

Prior to some shootings, the shooter will make verbal threats. In Plano, Texas a man shot and killed his ex-wife and seven others at a football party. During the divorce proceedings, Meredith Lane, the shooter’s ex-wife stated that the shooter was a physically abusive alcoholic. This is the common thread amongst many domestic gun deaths. Follow this chain of events:

Monday: Person A threatens to kill Person B

Tuesday: Person B contacts authorities and makes a report

Thursday: Person B is shot and killed along with their co-workers by Person A

This is bull. No person that has criminally threatened the life of another person should be able to legally obtain a firearm under any circumstance.

“As well-regulated militia, being necessary to the security of a free state, the right of the people to keep and bear arms, shall not be infringed.”

This was written in 1791. In 1791 the “arms” were less powerful. They were single-shot muskets that had to be manually loaded with powder and ball for EACH shot. Compare that to today where a semi-automatic assault weapon can be shot up to 60 high-caliber bullets per minute. The statesmen who wrote the Second Amendment had no idea that assault rifles would be this powerful. They also had no idea that the US military would become so large. We have to keep in mind, the Second Amendment was written in the absence of this formidable present day we have found ourselves in.

We need gun reform and we need it now. While some are in favor of gun control, limiting the use and ownership of guns, I believe the current laws and regulations need to be updated. I have no desire to live in a county where I cannot protect my family against an intruder with my legally registered firearm. This is a right that I hold dear. I do not, however, need a semi-automatic assault rifle, nor does anyone who is not in the military.

Many Americans feel that, no matter what, shootings will always happen and there is no need to change anything. I believe these Americans are not thinking of the victims. Last year alone, more than 110,000 people in America had their lives cut short due to gun violence. Try telling their families and loved ones that nothing could have been done. I know I couldn’t. This year I have had the privilege to get to know a man by the name of Chris Kennedy. Chris Kennedy is currently running for governor in the state of Illinois and is also the son of Robert and Ethel Kennedy. Robert F. Kennedy was murdered in 1968 by a gunman, like his brother, President John F. Kennedy in 1963. One of the most profound statements I have heard Chris state is, “The bullet that kills the father wounds the child. The bullet that kills the child wounds the city.” These words were spoken by a man who has dealt with a public loss of a loved one due to gun violence. We need to keep these people in mind when we discuss gun regulations and gun safety; the victims who are no longer with us have perished violently. The victims who are the loved ones of the deceased will have to deal with that loss for decades to come, enduring the grief and heartache for the duration of their lives.