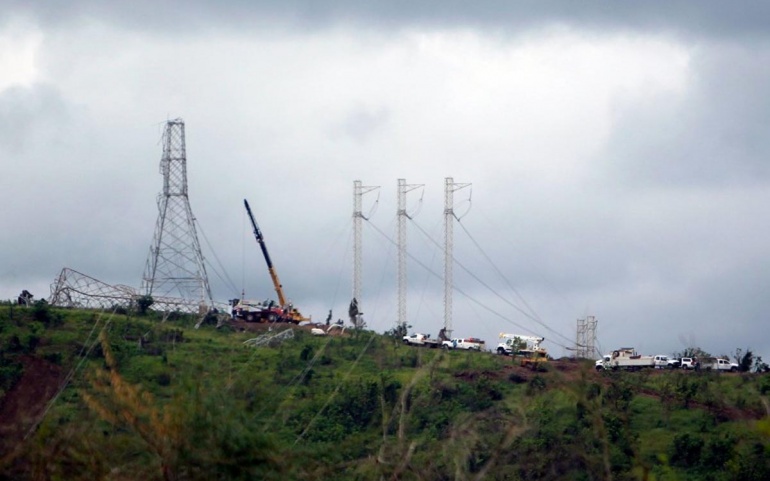 Heard the news Sunday that Puerto Rico’s Electric Power Authority (PREPA) has (finally!!!) decided to back out of the (insane) three hundred million dollar contract with Whitefish Energy (who?).

If you’re not up on the story, here are the pertinent details:

(More on the crazy deal, here)

Everything about this deal smells fishy (the pun really is too easy—maybe not fair), and Puerto Rico’s power company has finally decided to do something about it. This story reminds me of when someone brings fish to work and forgets about it in the fridge for a few weeks.  Everything starts to smell, and somebody must be brave enough to start opening containers.

Well, Puerto Rico’s Governor, Ricardo Rosselló, was that guys this weekend. And that’s a good thing, but because the deal was permitted to go through in the first place, this portion of the reconstruction process could be set back months.

Secretary Zinke denies any involvement in the Whitefish deal, but the whole thing smacks of crony capitalism and a cynical abuse of power.

Maybe it was an honest mistake, a well-intentioned move to get repairs underway as fast as possible.  I hope that’s all it was. But where there’s smoke, there’s usually fire (or is that just bright orange spray tan?).

And the bigger picture here is the question of ethics.  This is another example in an ever-increasing list of questionable ethical moves by the Trump administration (see this list compiled back in August, which doesn’t include anything about recent questionable use of government airplanes by members of Trump’s cabinet, or his kids’ apparent inability to file ethics paperwork on time).

The Trump administration’s position on ethics is, more or less (activate Trump impersonation): “Trust us, we’re really smart. The best, actually. Look at these hands. Isn’t Melania the best? Who wants to go golfing?”

On sunny days in spring, when the government wheels are turning smoothly, and the country is going about its day with little drama, ethical leadership is an important part of maintaining our nation’s promise of opportunity and prosperity for all its citizens.  But in the stormy days of fall, when the unthinkable happens, and ‘we the people,’ need our government the most, our leaders’ deep-seeded commitment to ethics can mean the difference between life and death.

(Lately, I feel like I could settle for at least a half-hearted commitment to ethics).

We need leaders in both parties who are willing to put money and self-interest aside and do what’s best for the American people.

In other words, we need leaders who aren’t afraid to smell that fish in the back of the fridge, and then have the courage to throw it out (and maybe fire the guy who brought it to work in the first place).

Three cheers for ethics. Next time, may integrity win the day on the front-end of the problem.