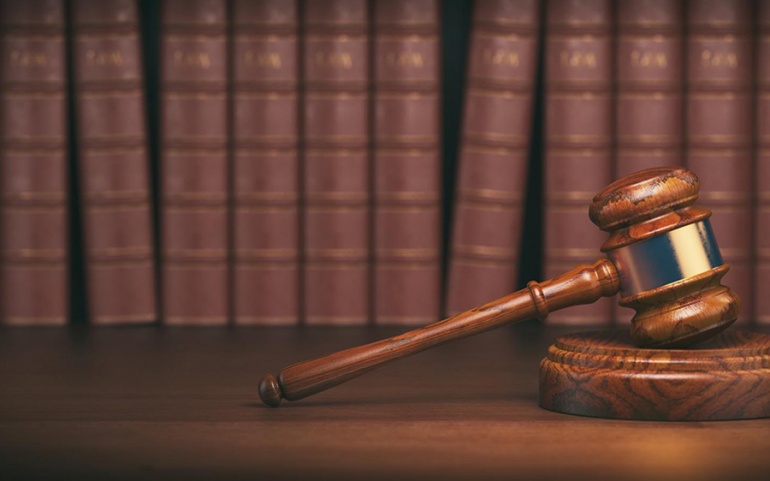 Immigration lawyers generally fly under the radar. But despite many who are heroes in the truest sense, how many of us know the names of any of them? You don’t see them on television dramas or the silver screen. Maybe its because there aren’t that many - there are 15,000 members of the American Immigration Lawyers Association versus 1.3 million licensed lawyers in the United States. My law school didn’t even teach immigration law and that’s not unusual. I was fortunate enough to fall in to this line of work when the firm I was working for at the time received a case and I was the new guy who could be assigned to figure it out.

The need for and lack of immigration lawyers is now playing out in tragic ways in the early months of the Trump Administration. While the media is portraying the White House as having had one failure after another, the battle over immigration is raging and Trump has launched attacks on multiple fronts.

The White House is expanding policies to make it easier to round up non-criminal immigrants and deport them without access to the Immigration Courts. Tens of thousands of detention beds are being added to the current capacity. The Muslim ban has been playing out in court and is still not dead. The DACA program for young undocumented people (often referred to as DREAMers) is under threat. Skilled workers who are revitalizing our economy are being cravenly scapegoated by an Administration attacking immigration – both legal and illegal – as a way to appeal to a base group of voters who can’t get enough red meat xenophobia. And we’re entering a new scarier phase with some portraying the recent elevation of John Kelly from DHS Secretary to Chief of Staff as the Administration’s “dark reboot” on immigration.

Immigration lawyers are fighting in the courts and before administrative agencies every day to stop this onslaught. Others are engaged in advocacy efforts on behalf of their clients in city council meetings, state legislatures and the halls of Congress. Some are writing op-ed pieces. But most you’ve never heard of as they’re defending immigrants every day.

One of those in the trenches is Atlanta immigration lawyer Charles Kuck. He’s a fearless advocate who’s not afraid to haul the government in to court when immigrants are being attacked. He recently won the case of Jessica Colloti, a DACA recipient who had her DACA status revoked for no apparent reason. His case could have national implications by making it harder for the Department of Homeland Security to arbitrarily strip deserving young people of their ability to live and work in the US. He also recently won a case that is forcing Georgia to offer in state tuition to DACA recipients. One lawyer making a big difference.

Seattle lawyer Greg McLawson led a pro bono effort called Airport Lawyer which created software virtually overnight to link hundreds of volunteer lawyers at airports around the country to families trying to help loved ones enter the US after the travel ban went in to effect. McLawson worked with a team of lawyers linked by the American Bar Association with an assist from Neota Logic, a legal tech company developing artificial intelligence-based expert systems for lawyers.

Melanie Nezer, a lawyer who now is the Senior Vice President of Public Affairs for public affairs for HIAS, the country’s oldest refugee and immigration rights agency (they helped my family at Ellis Island and my wife’s resettle in the US after the Holocaust), has been working for years to save various refugee and asylum programs that have been under threat in Congress. Her deep experience working with congressional staff from both political parties is proving to be critical right now as many in power want to close our doors to refugees.

Stephen Manning, an immigration lawyer in Portland, Oregon and Laura Lichter, an immigration lawyer in Denver, have led an effort since 2014 to get hundreds of pro bono immigration lawyers to go to remote immigration detention centers on the US-Mexico border. The steady increase in violence in Central America has led tens of thousands – many mothers and children – to flee to the safer environs of the United States. But many have found themselves in detention facilities – essentially jails - in places like Dilley, Texas and Artesia, New Mexico to help ensure asylum applicants receive quality representation and have their rights protected.

Lawyers like Ava Benach and Lavi Soloway are representing individuals under attack for both being immigrants and members of the LGBTQ community. Ava is a transgender immigration lawyer in Washington who has taken on pro bono cases for dozens of trans immigrants including representing individuals at a transgender detention facility in Santa Ana, California. She’s also training her fellow attorneys in representing LGBTQ clients. Lavi Soloway’s name is well-recognized by immigration lawyers around the country for founding Immigration Equality in 1994. Through the years, he’s fought in an unfriendly environment for HIV+ individuals, same sex couples and others facing exile and even death if they didn’t win the right to remain in the US.

And then there are lawyers who are eloquently explaining immigration law to Americans and explaining why they’re wrong when they say undocumented immigrants are just law breakers who should follow the rules or that immigrants take American jobs and are a drain on our system. One of the best is Cyrus Mehta, an immigrant himself. Cyrus could be the smartest immigration lawyer in the country and he’s also a passionate advocate who writes regularly for readers on his blog and defends immigrants on Twitter and elsewhere. As long as there are advocates like Cyrus making the case for immigration, there is reason to hope people can be persuaded.

It’s too early to say how much damage will be inflicted on immigrants by the Trump Administration. But the numbers are going to be a lot less than they might be because of lawyers like these. The profession needs many more like them and hopefully greater awareness of their work will encourage many more young lawyers and law students to consider this field.

Greg Siskind has practiced immigration law for 27 years. He writes several books including LexisNexis J-1 Visa Guidebook, the ABA’s Lawyers Guide to Marketing on the Internet, SHRM’s Employer’s Immigration Compliance Desk Reference and the new Physician Immigration Handbook. In 1994, he created the first immigration law web site and in 1998 he created the world’s first law blog. ABC News listed him as one of the top 20 people to follow regarding immigration on Twitter. Greg is the current chairman of the IMG Taskforce, the nation’s physician immigration bar organization and he is a member of the board of governors of the American Immigration Lawyers Association.