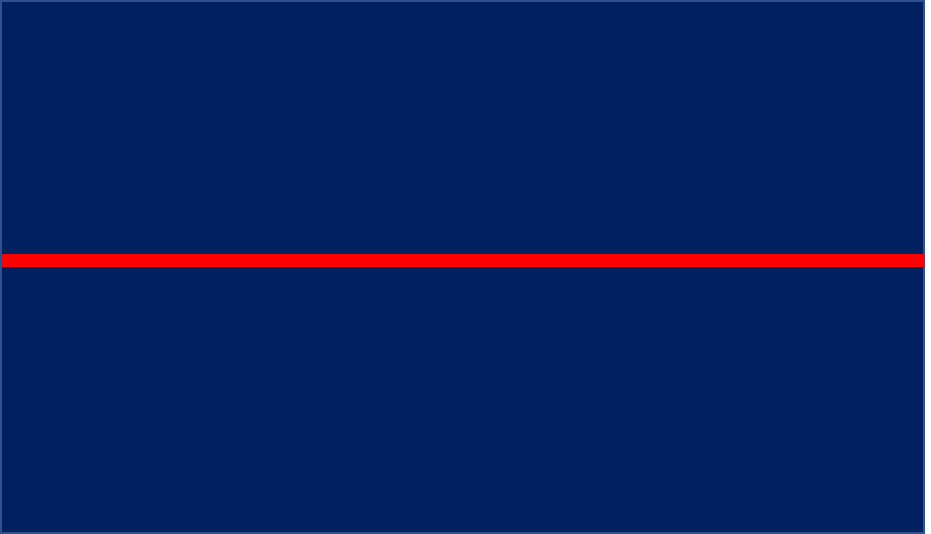 It's the interview that launched a thousand misguided thinkpieces.

On July 19th, three New York Times reporters presented a tautology to the President of the United States: if former FBI Director and current Special Counsel Bob Mueller does the one thing his appointment by the Department of Justice prevents him from doing-investigate matters that have nothing whatsoever to do with Russia-would that be bad?

To his credit, Trump answered the question both succinctly and not at all unreasonably: yes, he said, Bob Mueller doing the wrong thing would be the wrong thing for him to do.

So why did these intrepid reporters bother to ask the question? Were they, as reporters today are increasingly wont to do, trying to make their own news? Perhaps. Certainly, there's no obvious justification for a query like this, equal parts leading and misleading.

If "misleading" seems harsh, consider the Rod Rosenstein-authored authorization the three New York Times reporters had by then read, which letter said, in relevant part:

"Special Counsel [Mueller] is authorized to conduct [an] investigation....[into] any links or coordination between the Russian government and individuals associated with the campaign of President Trump, and any matters that may arise directly from the investigation....[as well as, under 28 CFR 600.4(a)] federal crimes committed in the course of, and with intent to interfere with, the Special Counsel's investigation, such as perjury, obstruction of justice, destruction of evidence, and intimidation of witnesses."

Now consider, in view of this authorization, the question the three asked Donald Trump:
"If Mueller was looking at your finances and your family finances, unrelated to Russia, is that a ‘red line'? A breach of Mueller's charge?" (Emphasis supplied.)

There was just one answer for Mr. Trump to give-yes-and, perhaps shockingly, he did. He correctly observed that Mueller's charge doesn't allow him to investigate matters "unrelated to Russia." Indeed, Trump's response was so reasonable one could almost believe he'd personally read Rosenstein's letter rather than having it read to him by an aide or presented to him as a pictogram.

What Trump didn't realize-and what much of U.S. media seems not to realize, given the breathless "Has Mueller crossed the Rubicon?" stories we've gotten lately-is that the reporters' question was a trick.

Given the tautological fallacy at the heart of the question posed by The New York Times, we come to the following conclusion: the two problems with "Trump's red line" are (1) he has no authority to set it, and (2) he wouldn't need to set it even if he had the authority to do so. If Mueller insists on looking into matters unrelated to Russia over Rod Rosenstein's objection, Rosenstein will fire him for cause. And the same goes for Rachel Brand, should she become the Acting Attorney General after Rosenstein recuses himself (which, given that he's a witness in the Obstruction case against the President, he ought to have done yesterday).

Think of it this way: Mueller can investigate, through the grand jury impaneled in the jurisdiction (the Eastern District of Virginia) where ex-NSA Mike Flynn's consulting firm is based, the retired general's dodgy ties to Turkey. And he can do this even if his investigation into Flynn-Turkey transactions is a pretext to charge Flynn with so many crimes the general will be forced to cooperate with Mueller's probe on Mueller's terms.

Why is it all right for Mueller to do this? Because Mueller's recent discovery of Flynn's undeclared lobbying for Turkey is a matter that "directly arose" from Mueller looking into foreign governments-including Russia-making undisclosed payments to Flynn.

By comparison, were Mueller to investigate possible crimes connected to Mr. Trump's "Trump University" scam, and were Mueller to do so simply for the sake of sniffing out as much criminal behavior by a sitting president as possible, whether or not he'd been led to any such crimes by his pre-authorized Russia investigation, Mueller would be out of bounds. That sort of prosecutorial frolic would give Rosenstein "good cause" to think Mueller had exceeded his brief. (Note: this isn't the same thing as saying that Rosenstein would have good cause to fire Mueller; Mueller would, under these circumstances, have to refuse a direct order from Rosenstein to stand down in order to get himself canned.)

So what really happened between those three reporters and the President on July 19th?

(2) To which question the President answered yes.

The answer to that-in fact, the answer to many unanswered questions in the Trump-Russia probe-is a single name: Christopher Steele.

Steele, the former head of the Russia desk at MI6, and by dint of that one of the few men in the world with top-flight clandestine sources inside Russia's power structure, last year compiled a dossier of information on Trump-Russia ties at the request of powerful Republicans in D.C. These Republicans were acting through an outfit called "Fusion GPS," which was more a clearinghouse than an intel shop-given that it outsourced all Trump-related data-gathering to Steele's operation, a separate outfit called "Orbis."

Steele's research is now, along with Connecticut Senator Richard Blumenthal and Mika Brzezinski, a daily obsession for President Trump-as well as a primary basis for the FBI investigation into Trump's ties with Russia and a foundational document for the Senate and House Intelligence Committee investigations (at least on the Democratic side).

Steele may be the most important man in the Trump-Russia investigation who no one in American media feels empowered to discuss, perhaps because portions of what's now known as the "Steele Dossier" (or the "Trump-Russia Dossier") are considered salacious.

That's right, a nation staring down the possibility that its leader is a witting or unwitting spy for its chief geopolitical enemy nevertheless has ears too delicate to hear allegations that that same leader-already accused, many times over, of sexual assault-may once have hosted a few prostitutes in a hotel room in Moscow. The allegation, which stems from a trip Trump took to Moscow in November 2013, is much discussed in Europe and has been bolstered both by lies told by the President about his trip and interviews with others, like Kata Sarka, who spoke to Trump during his self-described "lost weekend."

But the Dossier isn't just widely discussed in Europe and, indeed, already confirmed in many of its particulars. Even its most salacious allegation was confirmed by the CIA to the BBC last January: not to put too fine a point on it, the CIA told the BBC's top Russia correspondent, Paul Wood, that the CIA believes there are multiple tapes of Donald Trump "of a sexual nature" shot in multiple locations in Russia. Still, American media, suddenly puritanical in its self-denial of a scoop, held itself honor-bound not to report it.

The reason the Steele Dossier is relevant to the "red line" Trump fancifully imposed on Bob Mueller is that the Dossier claims, based on intel from top Russian HUMINT, that the Russians have been developing Trump for years-through his business associations. This allegation is a primary reason the FBI began looking into Trump's overseas deals under Jim Comey and has continued doing so (going so far as to create a Financial Crimes platoon within the Trump-Russia probe) under Mueller.

No doubt the three reporters from The New York Times knew all of this on July 19th.

Which may explain why they asked President Trump about it so obliquely.

As for Trump-who spends, it seems, some part of each day thinking about how his minions might destroy Steele's reputation-the President was only too happy to not answer a question he wasn't being asked. And what was the unasked question? This one:

Q (Reporters): Mr. President, if Special Counsel Mueller uses Christopher Steele's dossier with the same alacrity Jim Comey did, and in so doing digs deep into your many years of financial dealings with Russia entities, will you, fearing impending impeachment, indictment, and incarceration, make some desperate play to illegally fire Mueller as you previously illegally firing Jim Comey?

But because that question could neither, for the record, be asked or answered, we ended up, instead, with three reporters and a President locked in a silly tango over "red lines."

Again, there is no "red line."

President Trump can't directly fire Mueller-only the Acting Attorney General can do that-and at this point it's pretty clear Rosenstein has no intention of doing so. The sort of malfeasance Mueller would have to get caught in to get fired is almost unthinkable; it would have to go well beyond the lifelong Republican having hired attorneys who (much like Trump himself) donated to the Democrats (but not nearly as generously as Trump).

Would Rachel Brand fire Mueller? Who knows; we'll probably have a chance to find out, however, once Rosenstein recuses himself and Brand-good friend, incidentally, to both Ted Cruz and Jared Kushner's old attorney-gets the ask from Trump to let Mueller go. (And it's hard to believe she won't, assuming Mueller's investigation turns up even more evidence the Steele Dossier is largely accurate.)

So if you're a bettor, you should bet that Brand is as likely to honor a "red line" Trump had no authority to set-in response to a tautological hypothetical Mueller will never run afoul of-as Rosenstein would have been had he never recused himself. And given that Trump threatening the man prosecuting him with a "red line" is itself Obstruction of Justice (which fact is the real story in all this), it's hard to imagine Brand doing anything at all if Mueller crosses that "line" except tell him to stop. Certainly Congress, which just voted unanimously to block Trump from recess appointments-and whose Republican Senate Judiciary Chairman has promised that if Sessions is fired no replacement will be confirmed until 2018-doesn't exhibit signs of acknowledging Trump's "red line," either.

For his part, Mueller will do what he's done his whole career: his job. And should anyone tell him he's exceeded his brief, one assumes that, given how much he'd already have compiled against Trump and his aides, he'd honor any DOJ directive issued to him.

So what are we as journalists and/or consumers of the news to learn from all this noise? Simple: if the CIA tells the BBC there are Trump "sex tapes," and that Russia has been financially and otherwise fueling Trump's thirty-year dream of being president for about that long, report it. Don't manufacture an inaccurate and less interesting story about "red lines" for the sake of subscriptions or keeping Americans' tender sensitivities intact.

Seth Abramson, an assistant professor at University of New Hampshire, is an attorney, author, editor, and freelance journalist. A graduate of Harvard Law School and the Iowa Writers' Workshop, Seth has authored or edited more than a dozen books, most recently Golden Age (BlazeVOX, 2017) and Best American Experimental Writing 2016 (Wesleyan University Press, 2016). You can find his work in many venues online and in print, including The Washington Post, The Dallas Morning News, The Seattle Times, Poetry, The American Poetry Review, and on Twitter at @sethabramson.