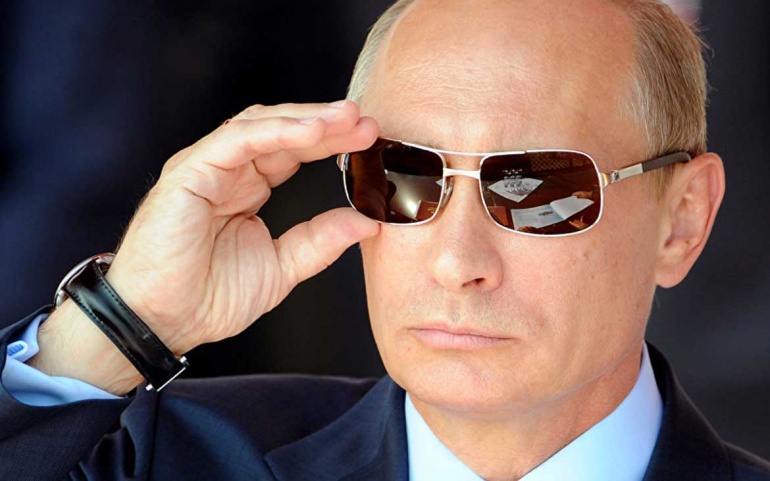 One nasty morning Comrade Stalin discovered that his favorite pipe was missing. Naturally, he called in his henchman, Lavrenti Beria, and instructed him to find the pipe. A few hours later, Stalin found it in his desk and called off the search. "But, Comrade Stalin," stammered Beria, "five suspects have already confessed to stealing it."  -- Vladimir Bukovsky

This essay begins and ends with understanding Stalinism.  Most Americans persistently carry an inaccurate idea of Soviet society under Stalin.  We can’t seem to shake this notion that the reason the Soviet Union was evil was because it was communist.  The first step to dispelling this myth is realizing that Stalin’s Soviet Union was a totalitarian kleptocracy, not a communist nation.  Sure, the Bolshevik Revolution started a system of government which empowered the individual citizen – the ultimate goal being a Marxist/Leninist socialist society.  Over the ensuing 40 years however, the power-hungry Stalinists warped their nation into one in which they wielded unquestioned power and authority over their citizens.  Orwell’s biting satire fable ‘Animal Farm’ brilliantly illustrates how Lenin's noble experiment devolved into nightmarish fascism.  Instead of perpetuating the notion that communism and fascism define extreme left and extreme right political ideologies, I believe it’s more useful to view communism and capitalism as polar opposites on an economic spectrum, while fascism and anarchy are the opposites on a political one.  Political anarchy will never produce true communism, so a state which aims for communism is entrusted with significant power in order to achieve it.  When this power is abused, an initially communist state is destined to erode into a fascist one.  Such was the case with the former Soviet Union.  The state held ultimate authority, dissenting opinions were silenced, and laws were altered to enrich the ruling class.  About 3 million Soviet citizens were executed for opposing Stalin, perished due to the famine resulting from his neglectful leadership, or died in abject poverty after forced resettlements.  This, my friends, is not communism.  It is brutal fascism, pure and simple.  One could argue that all communist experiments are guaranteed to suffer the same fate, but that’s a different discussion for a different day.

Vladimir Putin was a baby when Stalin’s reign ended.  He is a lifelong Stalinist.  Born and raised in St. Petersburg (then Leningrad), he served for 16 years as a KGB foreign intelligence officer.  In 1989, he was stationed in Dresden during the political upheaval in Berlin.  The Wall came down in November, and by early December, the celebrations (or riots, depending who you ask) had reached the KGB headquarters in Dresden.  Putin was able to bluff East German rioters, saving KGB offices in the process.  This event made him a national hero in Russia, but also exponentially increased his hatred of protestors and an empowered mob.  Like every dictator in history, the people terrify Putin most.

There is little doubt that after her victory dance following the collapse of the Soviet Union, the United States influenced the election of Boris Yeltzin as the new Russian President.  Just how much of a role American agents and propaganda played in this event is debatable.  Regardless, many Russians’ disdain for America and her Western ideals deepened dramatically because of it.  Putin joined the Yeltzin administration in 1996, and rapidly rose in rank.  Thanks to Yeltzin’s drunken ineptitude & resignation in late 1999, Putin was appointed Acting President.  He won the 2000 Presidential election, and has held the office since.  In those 17 years, the similarities among how he and Stalin molded the state into an authoritarian kleptocracy are striking.  Putin was born the same year Stalin died, and their nearly identical governing styles are enough to make one believe in reincarnation.

With his background in mind, it becomes much easier to understand why Putin wants to destroy America and decimate the ideals of Western Civilization.  Daily, more evidence lends credence to the idea that Russia carefully groomed Donald Trump for the role he currently holds as POTUS.  Why is this so important?  Gall of American conspirators aside, Trump is just the man Putin wants in America so that he may proceed with his long game.  Trump has no loyalty to American ideals or institutions, for he is only truly loyal to himself.  This makes him quite easy to manipulate.  The objectives of Putin’s long game are simple – weaken the West in order to rebuild the Soviet empire, and crush the Democratic ideals which define the great Western republics.

Current events and shifting American policies shed light upon who is really calling the shots in The United States.  Tensions with North Korea are at a fever pitch, thanks to a pair of opposing braggarts engaged in a pissing contest.  Putin couldn’t be happier to benefit from this distraction.  Recently, President Trump took a major first step in pushing Russia’s policy in regards to Israel and Palestine.  It is no secret that Putin espouses a two state solution, recognizing Jerusalem as the Israeli capital.  Days ago, Trump announced that the US would recognize Jerusalem as Israel’s capital.  Tempers flared, both in the Arab world and at the UN.  The General Assembly voted 128-9 to condemn the US decision.  Tensions are inflamed in the Middle East, as Jews and Muslims are brought closer together in a functional geographic sense.  The mutual commitment between the US and United Nations suffered a devastating blow.

Let’s consider Putin’s religious upbringing for a moment.  He was baptized and raised in the Eastern Orthodox Church, and still wears the baptismal cross given to him by his mother when he was a child.  Like most totalitarians before him, he has commandeered the Church in Russia to advance his political motives.  Islam’s spread in the 7th Century brought a wave of persecution and slaughter to Christians.  The Crusades ended hundreds of years ago, but a deep Islamophobia persists among most Eastern Orthodox Christians.  Additionally, of all the Christian denominations, one could make a valid argument that the Eastern Orthodox Church carries the most persistent anti-Semitism.  So, we may reasonably infer that Putin would relish an intensified, protracted conflict between Israel and Palestine.  Why not convince two of his enemies to fight each other, so that they are both weakened?

The United States and Western Europe are effectively married to Israel, for we put her on the map in 1945.  We are obligated to offer our aid and military support.  What happens when the United States and Western Europe are occupied with growing conflict in the Middle East?  It’s not a stretch to think that’s a perfect time for Vlad to roll the tanks and troops into Estonia, Latvia, Belarus, and Ukraine.

I’m an amateur in foreign policy and Russian history.  I defer to experts like Sarah Kendzior, Malcom Nance, and John Schindler when it comes to subtleties and vagaries.  But if we understand who Vladimir Putin is, we are able to recognize when he is manipulating us.  Currently, Vlad has President Trump eating chicken McNuggets & french fries right out of his hand.