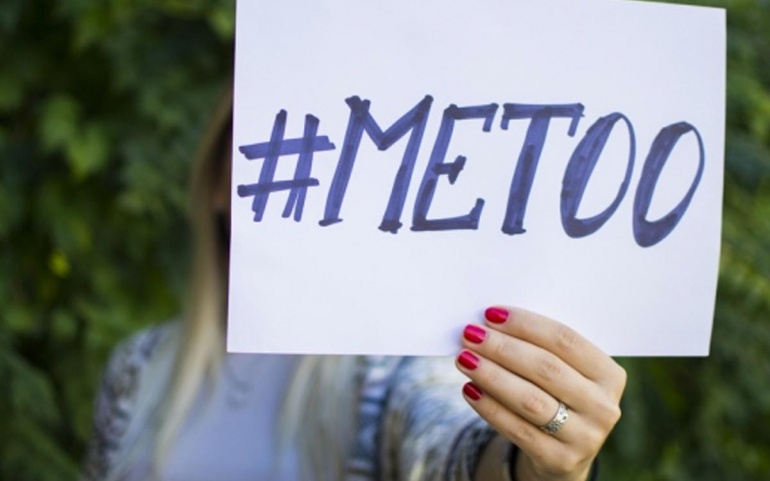 My wife and I used to swap cars a lot. We had two, but only one was big enough to cart the kids around, so the other became the “work car” and whoever had a shift that day would use it. This meant putting up with a lot of adjustments before getting on the road – seats, three mirrors, the height of the shoulder harness, even the headrest on occasion. It also meant we were subjected to whatever the last driver had on the radio, at least until we got around to changing it.

Back in 2010, when this story takes place, Kym liked the local pop station, which meant that on a chilly morning in March, as I drove to campus, I got an earful of the local meathead morning show. Every city has one of these, and they’re all pretty much the same. The goal is to make people laugh by being rude enough to be considered edgy, but without saying anything that would get the station sued. It can be a tough line to walk, but still … they should have known better.

On this day, the big story was about an ESPN sportscaster named Erin Andrews. For those who don’t remember, she was stalked by a man who found a way film her in the nude by attaching a camera to the peephole of her hotel room. On this morning, her attacker, a man named Bernard Jansen, was sentenced to two years in prison for his crimes. At the time of his sentencing, the attack had not yet ended, since the film had been posted on the internet, and had gone viral. It is still available to this day. “I'm being traumatized every single day for what he did,” she said on that morning. “This will never be over for me.” At present, estimates put the number of people who viewed this attack at roughly 17 million. She was right. It will never be over.

Needless to say, it’s the kind of news story the local meatheads should stay far away from, but they just couldn’t resist. I was organizing a lecture in my head, so I almost missed it, but the fouler of the two ended up voicing his opinion on the verdict. It went something like this:

• Since the time of the incident, the victim had moved on with her life, accepting an invitation to compete on Dancing with the Stars, a hugely
popular TV show at the time.

• By agreeing to do the show, and by wearing the outfits that dancers often wear, the victim made it obvious that she does not mind people looking at her body.

• Therefore, Bernard Jansen’s attack was being overblown, and was not nearly as big a deal as she was making it into.

This is what textbook victim-blaming looks like, and it’s more common than we might think. It’s why nearly 80 percent of sexual assaults go unreported. I wrote a letter to the show about this, hoping they would understand just how many of their listeners are also victims. I told them that no matter her profession, or her choices, she had a right to live free of sexual assault and harassment. I was right, not that it mattered.

In response, the show read my email on the air the next day, identifying me by my full name and making a number of jokes at my expense. Apparently, shaming victims wasn’t enough – those who would speak up for victims needed to be shamed as well. I was teaching another lecture at the time of the broadcast, so I never heard it, but accounts from friends and colleagues told me I was portrayed as an uptight old man who simply liked to complain because I had nothing interesting or substantial to do with my time. I would be informed later that identifying me by my full name was “standard practice” and was not intended to cause me any distress. This isn’t true, of course. It isn’t standard practice, and it was certainly intended to cause me distress. I had stepped outside of macho man code, and I was being punished. I wish I could say it was an unexpected response, but I knew before I ever hit the send button that the apology I asked for would never be given, but new dads think of their daughters, not of the consequences.

Alpha male culture simply is alpha male culture. Real men don’t cry. Rambo doesn’t apologize. The Marlboro Man doesn’t change diapers. And women exist for our sexual gratification, and only for our sexual gratification. Also, water is wet, and the sky is blue. Any challenge to these norms is met with serious hostility, whether that challenge comes from Gloria Steinem or John Wayne. I never had a chance.

That said, I’m not looking for sympathy here. Feeling sorry for me would be a mistake. I am not the same kind of victim, and mine is a lesser form of oppression by far. Being a man, I can either deny alpha male culture or embrace it, depending on the room I’m in at the time. I can speak up when I like, but if I’m ever asked to give up any real power, I can always make a joke about tits, take the cheap laugh, and hang onto my dominance for another day. I’m an ally, but I can betray at any moment, and with no penalty, so the fact I’m not fully trusted by women just sounds like common sense. I may be sharing a foxhole, but I can escape whenever I like, and I can rape with impunity, so ours is an uneasy alliance at best. This was the case in 2010, and it is still the case today.

If you’ve been sexually harassed or assaulted write ‘me too’ as a reply to this tweet. pic.twitter.com/k2oeCiUf9n

As encouraged as I am by recent movements like #MeToo and the bravery shown by those who have successfully taken down serial predators like Harvey Weinstein, Bill O’Reilly, and Bill Cosby, we are still quite a distance away from real and substantive change. Weinstein lost his job, but has not yet been charged with anything. O’Reilly was propped up by a network willing to pay over $100 million to keep multiple victims from telling their stories. After the most recent settlement of $32 million paid to a woman he abused, Fox actually extended his contract. And Cosby, who drugged and violated nearly 60 victims, was not convicted of anything when he was finally prosecuted. Two jurors held out, forcing a mistrial. The results of these high profile cases are indicative of a culture in which sexual assault is not only permitted, but accepted, and the farther we get away from Hollywood, the gloomier the outlook gets.

And men, for all our references to our daughters and our bullshit chivalry – more often than not, we simply make things worse. And sometimes, that’s precisely what we’re trying to do:

By this point, we all know what’s going on here. Even those who have never heard of this guy know instantly that he’s your stock character right wing radio whackadoodle. His goal is to diminish, distract, treat #MeToo as a joke, and at the same time, piggyback on the popularity of the movement in order to add to an audience that is getting older and more hearing impaired by the hour. He’s an idiot, but an opportunistic idiot, as he aggressively reached out to every prominent voice that rejected his nonsense, often begging for the legitimacy that a high profile guest would lend him. Instead of making a joke, he has become one, but that doesn’t mean we should ignore the danger. His goal is to beat back change and keep the power structure exactly as it is. He’ll claim to have reasons, say it’s all just a big joke, even claim that #MeToo excludes men – anything to try to shift the argument away from its intended goal. He’s a meathead with a morning show; every city has one.

After seeing this, I reached out to express my concern, as I had done before all those years ago. The response was the same, right down to being mentioned on the show without any warning or request for comment. Again, I had offended dude-bro culture, and a good taunting was in order. I don’t really mind. The day will come when those guys will have to apologize (probably to the grandchildren who never visit) for the hateful things they say today. History will judge them harshly, and the audiences will continue to shrink. They may be enjoying a temporary spike in relevance thanks to the proper amount of Klan rhetoric and Kremlin propaganda, but the day will come when we no longer have a Predator-in-Chief. The day will come when my daughter doesn’t have to put up with the harassment that my mother did.

That’s the great thing about being a liberal; I may not win this fight today, but on a long enough timeline, I win them all. From slavery to suffrage to civil rights to marriage equality to plain old mansplaining misogyny, every argument, every conflict leans toward progress. Sometimes, I’m just out ahead of it a bit.

Brett Pransky is your standard Midwestern English professor, minus the tweed jacket, the bushy beard, and the pipe. When he’s not using his red pen to combat the evils of the comma splice, Brett can be found at his desk, fighting larger injustices and proving to as many people as he can reach that the essay is still the most powerful form of argument in American public discourse. Brett holds degrees in English, Philosophy, Rhetoric, and Business, and while he is terribly uncomfortable talking about himself in the third person, he’s not going to let this keep him from showing everyone that the best way to change the world is to throw clever sentences at it.  Brett can be found on Twitter @BrettPransky.
Featured Image Source: Mihai Surdu/Shutterstock
Tags: