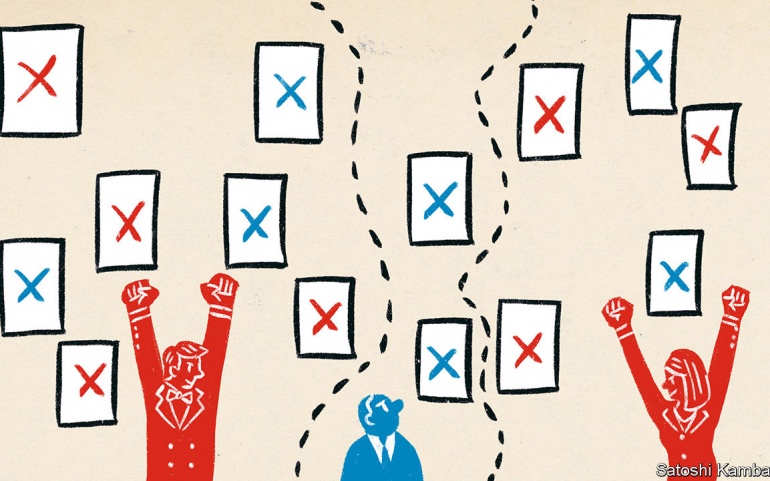 Americans long ago adopted as conventional wisdom that redistricting is somehow the proper responsibility of political parties – and that gerrymandering is but a corrupted form of that responsibility. Though this has been a practical reality for multiple generations, the assumption itself is a misconception; it is a reflection of the fact that the Democratic and Republican parties have permeated government for so long, Americans today make little distinction between the parties themselves and the governmental institutions within which they operate. The persistence of that conventional wisdom serves as a false premise when it comes to debates over issues such as redistricting reform.

From the founding, redistricting in America has been left to state legislatures. The principle of federalism – that the many states and the federal government are separate sovereigns with separate responsibilities and interests – was to provide a potent institutional division, insuring against improper coordination between the state and federal governments. The inevitable development of political parties, however, created long-lasting and deep political affiliations throughout all levels of both government and society unanticipated by the Framers. These principally ideological affiliations, largely undiminished by geographic boundaries, affect both expectations and behavior – both within the public and among elected members. Parties are expected to act in their self-interest, of course, but many supporters see governmental institutions as instruments to be controlled by the parties to achieve those interests. Thus, efforts to control governmental institutions, rather than simply participate within them in conjunction with the political opposition, are both expected and welcomed.

The fact that most Americans have a very party-centric view of their government means that little distinction is made between the institutions of government and the parties that seek to control them. The endurance of the assumption that redistricting is a natural party function has made defining partisan gerrymandering difficult in many cases. Though the Supreme Court has set some ground rules regarding the use of race and for district size over the years, they have by no means defined, nor prohibited, “partisan” gerrymandering. This leaves open the question: If redistricting is seen as the parties’ responsibility, then who rightly possesses any authority to tell them how to redistrict?

In recent years, however, gerrymandering has come under greater scrutiny largely because it is seen by many as a central, if not the seminal, cause of the intensification of America’s partisan divides. Though the veracity of that belief is sometimes challenged, the sentiment has motivated a diverse set of actors – from private citizens to high-profile personalities, and from watchdog organizations like Common Cause to grassroots movements like Michigan’s Voters Not Politicians – to agitate strongly for the mitigation, if not elimination, of gerrymandering. As efforts to deal with partisan gerrymandering have ramped up, three distinct remedies have come to the fore:

First, elements that ideologically, or out of shared interest, affiliate with the Democratic or Republican parties have sought to use the court system to challenge specific instances of the other party’s redistricting efforts (even as each party actively embraces and defends its own efforts at gerrymandering when challenged). Somewhat ironically, as the parties and some of their closest affiliates ask the courts to undo the other’s work, many outside of the parties have been hoping that the Supreme Court would do more than just resolve each specific case narrowly. Their hope was that at least one case might induce the Court to generate an obiter dictum that would establish some sort of overarching mechanism to define, regulate, and possibly abolish, gerrymandering.

In recent months, federal and state courts were extremely active in anticipation of the Supreme Court’s rulings on two gerrymandering cases: Lamone v. Benisek and Rucho v. Common Cause. They struck down redistricting schemes, defining them as overly-partisan gerrymandering and even redrew some districting schemes. In its ruling, however, the Supreme Court rejected any federal court role in determining, let alone resolving, cases of partisan gerrymandering. Though the Court invited the active participation of state courts on the issue to continue, the door to an obiter dictum has been abruptly closed.

A second remedy – mostly employed today in states where ballot initiatives are possible – is the utilization of “non-partisan” state-level redistricting commissions, which operate in the stead of state legislatures. Nine states have presently reassigned redistricting duties to such commissions, while five more relegate their commissions in an advisory capacity (New York’s will begin in 2020). Three more maintain them as “back-ups.” (One state – Iowa – even requires that nonpartisan legislative staff develop maps for federal- and state-level seats sans political or electoral data. The state legislature votes on all the options to adopt one as the final product.) The logic behind commissions is that they will produce much “fairer” districts for the parties precisely because of the partisan balance within the commission. The way they are structured, and the way they operate, point to one overarching goal: to balance the parties and their interests.

A final method, garnering far less attention today, is the development within academic circles of redistricting algorithms. Such algorithms are formulated in one of two ways: 1) to evaluate the “fairness” or “neutrality” of a state commission’s or a state legislature’s redistricting efforts, based upon the specific standards fed to the algorithm; or 2) to actually redraw districts in place of humans, based upon the specific criteria fed to the algorithm. Yet, these models, too, are ultimately party-centric. Inherent to their design is the principle of equalizing party-affiliated voter populations across individual districts, or balancing-out gerrymandered districts between the parties across a state.

With the self-exclution of the federal court system, these final two remedies – different and well-intentioned as they are – are largely predicated on the overarching presumption that the Republicans’ and Democrats’ interests naturally must play a paramount role. The predominance of this logic dictates that any proper redistricting method must therefore balance those interests in a way that would cause the parties to countervail one another – either within specific districts or across individual states.

But, it is this long-held assumption that Americans need to question if gerrymandering is to be dismantled: Why should political parties play any role – let alone the central role – in redistricting? Why does any “neutral” redistricting method need to be based upon balancing the parties’ interests? Why shouldn’t redistricting be a random outcome (adhering only to rules of fairness established by the Supreme Court in cases prior to the recent spate of cases) with which each party must deal? Shouldn’t the parties be responsible for making themselves more attractive to various constituencies, rather than being allowed to seek-out, empower, and exclusively play to, the constituencies they “like”?

The parties’ proper role in government is to earn the privilege to represent constituencies by offering better policies than their political opposition, not to choose them. Seeking to balance the parties by engineering districts is itself just another form of gerrymandering – done for both parties, rather than by one. That districts should still be somehow divided between, by, and/or for the political parties themselves is, in truth, a false premise. If Americans were to question their assumptions about the parties' role in government, and adopted the outlook that parties should be “district-takers,” rather than “district-makers,” then the paradigm for reform efforts would shift away from party-centric solutions, and toward dispassionate ones.

What remedy, then, of the available options would work best?

The best available answer today is the only one that can possibly excise human interest from the redistricting equation: technology. The same algorithms that have made gerrymandering more and more effective, and that are being used in academia to propose solutions today, could be repurposed to redraw districts nationwide – at least at the congressional level – in a similar manner to how seats are reapportioned dispassionately by the Census Bureau every ten years. Such algorithms would need to be redesigned fundamentally to exclude party-centric assumptions such as the need to "balance" their constituencies. The only criteria such a neutral algorithm should adhere to are the “one person, one vote” doctrine as laid-out in Baker v. Carr, population standards as laid-out in Wesberry v. Sanders, geography, compactness and contiguity.

Considerations for party should in no way enter the picture; the parties and their candidates should have to deal with and appeal to the consituencies they get. What’s more, applying the same neutral standards consistently from decade to decade should come with one additional requirement: the Census Bureau' utilization of such an algorithm would have to guarantee a geographically significant and quantifiable level of change among districts from state to state where there are multiple districts from one redistricting period to the next. No party, no candidate, and no incumbent should be guaranteed a particular district composition for more than ten years.

Such a system wouldn’t be perfect, of course. Some inequities, from which the Supreme Court has already provided protections in historic cases, might either remain or develop from time-to-time and place-to-place. But the occurrence of such inequities would be unintentional – and that is the crucial point. When districts are unpredictable, the parties, their incumbents and their newest candidates would have to adjust to their surroundings, rather than seeing their surroundings as adjustable.

The challenge, of course, is that Congress and the states (not to mention leadership in both parties) would somehow have to agree to the development and utilization of a strictly-tailored redistricting algorithm, and the final product (at least for federal districts) would have to be approved and legislated by Congress. That is a tall order considering those who would be responsible for advancing such a plan would be the very same people who have the most invested in maintaining the status quo.

Nonetheless, one thing seems clear: the interests of the parties do not always align with the needs of the American people and their system of government. Political parties are not governmental institutions, even though many in the electorate see them as such. Redistricting is an institutional responsibility, and not the parties’. But, as long as the parties – or people who even tacitly affiliate with a party – have a stake in the process of redistricting, there will always be gerrymandering in one form or another. Until enough of the public acknowledges the distinction between parties and governmental institutions, and legislative members recognize the long-term harms of gerrymandering over perceived shorter-term electoral and political gains, this practice will persist – to the detriment of the American political system.

Dennis R. Bullock was a candidate for the California State Assembly 43rdDistrict seat in 2016. He publishes frequently on national politics and teaches in Burbank, CA.