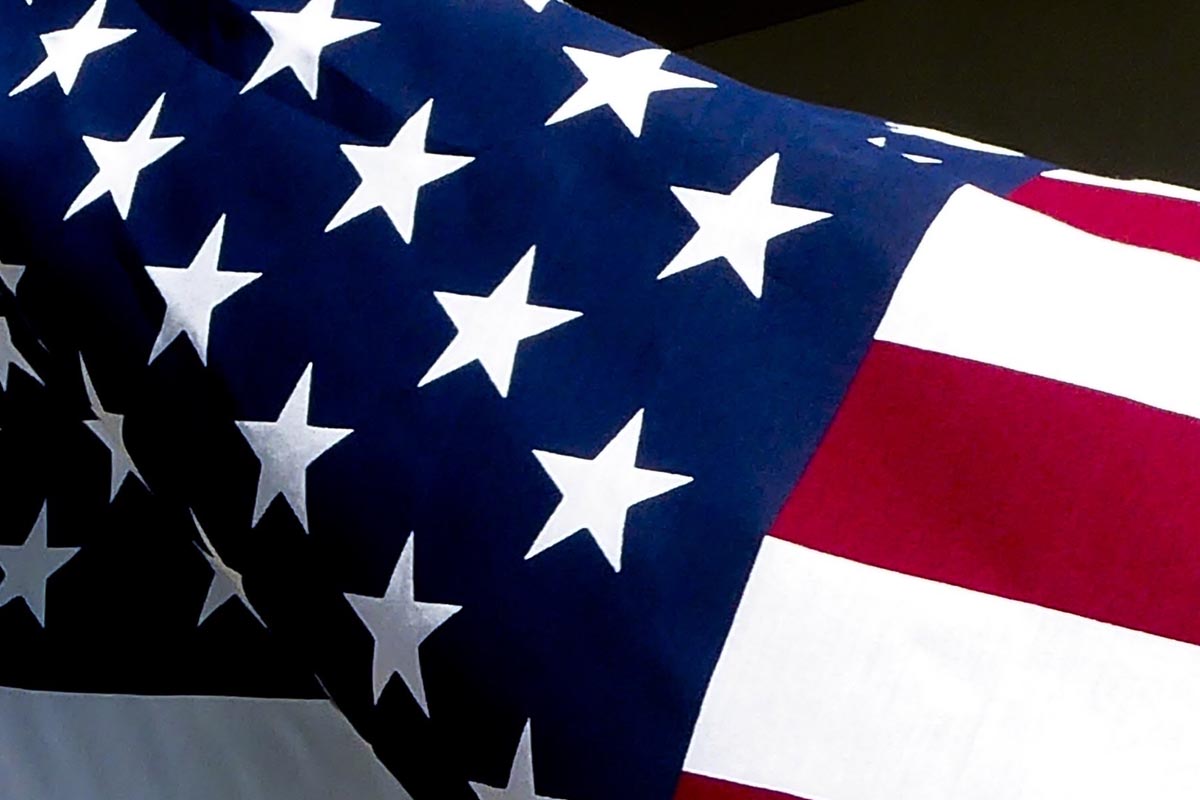 Can a candidate for public office be viable today having also been a member of an organization that excludes and targets for violence people of a particular category? Most Americans now take it for granted that if you’re revealed to have worked with the KKK, you can no longer be under consideration for Congress or state legislature. So what do we think about politicians who are affiliated with sexually violent fraternities?

There are of course fraternities built around academic honors as well as disciplinary or intellectual pursuits. Many social fraternities, moreover, sport records that are relatively benign. But others have earned reputations as petri dishes of sexual coercion and assault.

At the same time fraternities are incubators of U.S. political and economic power. According to a recent New York Times report, 74% of members of Congress have been fraternity members along with 80% of CEOs at Fortune 500 companies. 100 of the last 158 cabinet members and 40 of the last 47 Supreme Court justices have been members of fraternities. All of this in spite of the fact that only 2% of American men alive now have also belonged to fraternities.

One example of the downside of this trend comes in the form of Don Shooter of Yuma, Arizona, who was forced from the Arizona House of Representatives early in 2018 after five women accused him of sexual harassment. (Since his ejection from the AZ House, Shooter has launched a campaign for a seat in the Arizona Senate for the 13th Legislative District.) In the accounts offered by his accusers from the Arizona legislature, Shooter appears as the very incarnation of a certain predatory male sexuality. According to the report eventually submitted to the Arizona House of Representatives Shooter would make regular and lewd remarks to his female colleagues, turn up unwontedly at the hotel rooms of these colleagues while on official governmental trips, comment habitually upon various aspects of their anatomy.[i]

Shooter was involved in none of these cases. Even if he was processing his experience as a Sigma Phi brother as he harassed his colleagues, it seems important to point out that not all members of fraternities do so in his manner. Perhaps the question here concerns whether voters—or for that matter, media—might consider interrogating candidates who once felt compelled to join fraternities with obnoxious records but who still seem to regard the experience uncritically. We might ask of such candidates: How do they recall the attitudes of their brothers with regard to women and how did those attitudes affect the climate of the chapter as a whole? How did the experience of living within such an atmosphere shape them as young men? What did it offer them, and in what ways do they now consider its costs in terms of the belief systems it engendered? Most crucially, why should voters be confident that their experience as fraternity members has not left them less prepared to imagine women and women’s experience in a misogynist society?

Many fraternities are more or less explicit about the increased likelihood that its members will rise to elite positions. Indeed one doesn’t have to dig deep for the rhetoric connecting “leadership” to “brotherhood” in fraternal literature (though there is little equivalent in the publications of sororital organizations). Take an account given by David Schapira, currently candidate for the Democratic nomination for Arizona’s Superintendent of Public Instruction, who describes his initiation into Lambda Chi Alpha when he transferred to George Washington University in 1998: The thing about “Lambda Chis at GW,” he muses in a cover story published in a 2012 issue of the LCA publication Cross & Crescent, was “that the brothers were really the leaders on and off campus. They were active in student government and in politics, and that was very attractive to me.”[ii]

The last point concerning Schapira’s attraction to politics has become obvious to Arizonans in the years since—Schapira campaigned for and won a seat in the Arizona legislature and the Tempe, AZ City Council, and he also waged and lost a campaign to represent Arizona’s 9th district in Congress. But what does a reasonably woke observer today make of the other end of Schapira’s language of political leadership with its emphasis on “brothers” and “brotherhood”? Reminiscing over the advice given him decades before by fellow Lambda Chi member Senator Max Cleland of Georgia, Schapira recalled that “he started the next part of the conversation with the word ‘brother.’ He said, ‘brother let me tell that there will be times in this campaign when things will get hard. There will be times when you won’t get home until 3 o’clock in the morning. Your staff hates you. Your wife isn’t happy with you. Your kids may not recognize you. [...] At that time when you don’t think that there’s anyone else to call, call me.”[iii]

It’s a stark rendition of the power of fraternal connection, as Schapira’s particular focus on the word “brother,” isolated in his memory from all the others, would indicate. When the wife, like the staff, doesn’t understand, call a brother. You can depend on a brother to be there when others let you down. What is the connection between that fraternal view of the world and the sexual violence pervading fraternities in the United States? And given the significant influence of fraternities upon U.S. political structures, how do such factors connect our governmental system with the sexist energies that also define much fraternal experience?

Schapira’s frat, Lambda Chi Alpha, offers yet another example of the wider trend of sexual violence inherent in so much collegiate Greek culture. It would take too much space here to document the full range of crimes Lambda Chi members have committed upon women in the years since Schapira pledged, but a few instances from only the past decade provide an apt sample set. In 2009, the University of Southern California suspended its Lambda Chi Alpha Chapter after three women reported they had been assaulted at a Lambda Chi party[iv]; in 2013, a woman was raped in her Kansas University dormitory by brothers also after a Lambda Chi Alpha party. (In that case KU required the perpetrator, after he confessed, to write an essay on the dangers of alcohol and sex.[v]) In 2016, a sixteen-year-old girl filed suit against both her attacker and Lambda Chi Alpha for her rape during an overnight recruiting visit to Culver-Stockton College[vi]; in 2017, a woman at the University of Memphis was raped on two separate occasions by Lambda Chi brothers[vii]; in September of that year a Lambda Chi brother at the University of Arkansas surreptitiously photographed a woman having sex with another Lambda Chi brother and then published the images online.[viii] (The incident resonated with a 2002 episode in which a Lambda Chi brother at Texas A&M University confessed to videotaping himself having sex with a female student, without her knowledge, then exhibiting the tape to Lambda Chi brothers[ix]). Also in 2017, the national organization revoked the charter of its Michigan State University chapter after a brother committed sexual assault upon a female MSU student and came under Title IX investigation[x]; and this year, Lambda Chi brothers at California Polytechnic held a blackface party, flashing mock gang signs for the photos they Facebooked, and captioning an image of one woman who joined in [also in blackface]: “She want a gangsta not a pretty boy.”[xi]

Lambda Chi pledges at Northern Illinois University were once instructed not to form close relationships with women—perhaps still are. In a 2003 interview with the Northern Star of Northern Illinois University, one former pledge explains that “Having a girlfriend or doing anything that included people not affiliated with Lambda Chi was frowned upon.”[xii] This prohibition on close connections with women fits well with the message Schapira recalls having received from Cleland, who had gently insisted that all relationships beyond the brotherly are secondary, unreal, ephemeral, untrustworthy.

None of which is to imply that Schapira, Shooter, or other political candidates who were members of fraternities are guilty by association of the crimes committed by their “brothers.” Still one might expect some form of comment from such candidates who have belonged to such organizations but who yet claim to understand, respect, and value women. This is especially important in Schapira’s case, as the Superintendent of Public Instruction oversees a workforce of about 50,000 teachers, 78% of whom are female.[xiii]

Such considerations might also reflect upon the candidacy of Governor Doug Ducey, who in 2014 tweeted about his membership in Pi Kappa Alpha (commonly known as Pike) as a “fun fact” about his candidacy but who seems oblivious to the long record of sexual abuse involving Pikes.[xiv] Indeed in 2015, a Pike chapter president at Utah State was charged with forcible sexual abuse after assaulting a woman who had passed out at a Pike party; the year after that, the Louisiana State chapter was placed on voluntary suspension after a woman brought charges against Pike after having been raped at a party. And of course, Ducey is one of so very many Pikes turned politicians. Pi Kappa Alpha members include Charles Andrews, Senator of Florida; Everett Dirksen, Senator of Illinois; Leo Hoegh 33th Governor of Iowa, Karl Rove; Strom Thurmond; Brian Zahra, Justice of the Michigan Supreme Court; William Dixon, Justice of the Ohio Supreme Court; U.S. Representatives from Montana, Texas, North Carolina, Mississippi, Virginia, and Indiana; as well as cabinet members, Lieutenant Governors, and ambassadors. The influence Pike wields over U.S. legislation, jurisprudence, and executive function is considerable, and at least according to Governor Ducey himself, includes his own administration. Does it matter that this fraternity has formed such a dangerous space for women? Does it matter that it wasn’t until 1964 that Pike welcomed black men?

This year the #MeToo movement has focused attention upon the extent to which male political, economic, or cultural power is deployed regularly in order to coerce women sexually. Given the profound continuum between fraternal culture and U.S. electoral politics, candidates for office who are the products of the connection ought to clarify the ways in which their own experience of brotherhood doesn’t present obstacles for their governmental service in an inclusive society.

Dot Hale is a former journalist from Macomb, Illinois who now lives in Mesa, Arizona. She is writing a book on the intersections of higher ed and American politics.