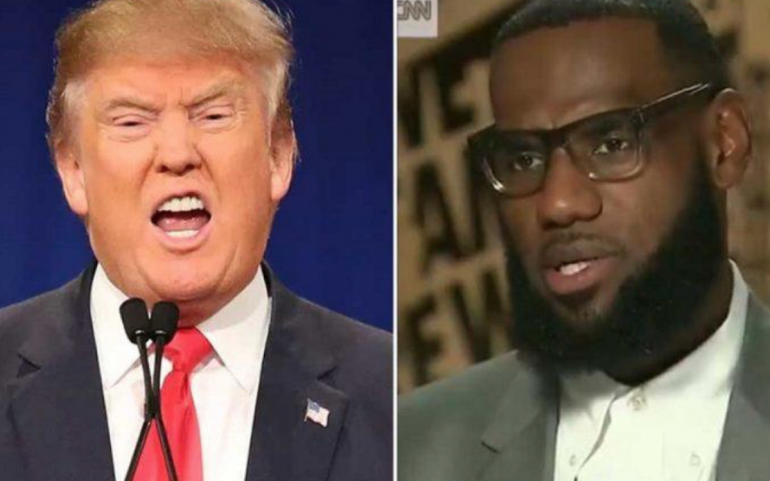 Last week, the President of the United States yet again lashed out in a tweet. This time he attacked NBA star Lebron James and CNN News anchor Don Lemon:

“Lebron James was just interviewed by the dumbest man on television, Don Lemon.  He made Lebron look smart, which isn’t easy to do.  I like Mike!”

Until recently, I was an ardent supporter of Donald Trump. When I campaigned for him, despite every criticism or flaw, I went out of my way to defend him.  When I finally “woke” and got off the Trump train, I began noticing racism in Trump that I hadn’t noticed before.  I also realized that my unnecessary hatred for Hillary Clinton is what led me to ignore the flaws of Donald Trump, especially his racism.  You can take back a trip down memory lane and easily see the systematic and institutional racism being displayed since day one of his campaign. There are incidents of racism that are not isolated to minority groups which consist of Latinos, the black community, Muslims, Jews, women, any nation, race, and gender that’s not associated with his base, which consists of mostly white men.

As a child, I remember people begging for sports stars to be role models.  Last year, Colin Kaepernick took a knee to bring awareness to police brutality against the black community. Many NFL players followed suit, and the President condemned them for exercising their right to free speech, and even encouraged punitive actions which are unconstitutional.  Lebron James mentioned how Trump is a racist given the history:  one of Trump’s favorite news anchors, Laura Ingraham, told James to “shut up and dribble.”

Take it from someone who was a member of the Trump base: Trump and his supporters thrive on this hate—they seem to encourage each other in this bad behavior.  Any time a celebrity or sports star speaks out against Trump, a vocal mob of social media users attack that person, trying to silence their efforts.

This racism from Trump needs to stop, and it needs to be condemned by every government official in the United States.  I also recommend that instead of having town halls with only black people who support him with blind loyalty, Trump should go out to liberal black communities and meet with them.  He should go to Sanctuary Cities and meet with people there—go to different places in America to hear their needs—not Trump rallies that feed the beast more, but actually be a President of the United States, not the President of Trump’s base support.