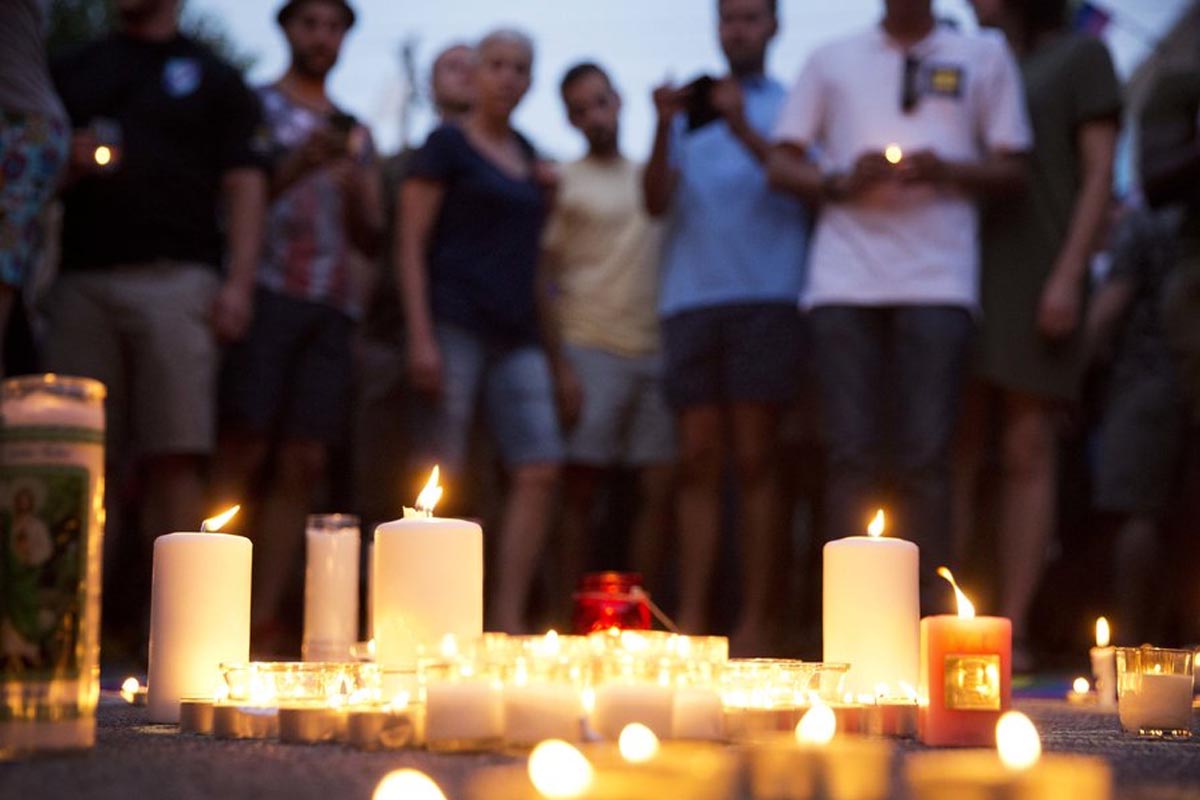 Here we go again. I know it's a rather callous first thought to have, but I can't help it. My ability to be shocked has eroded under the steadily rising tide of inhumanity, and though I try to care properly, I'm unable to stir up the emotions I need to treat this newest outrage with the compassion it deserves. As the bar for "largest mass shooting in the history of America" is raised yet again, I find myself numb, and I hate both myself and those who made me this way. I was human once, and now I feel like something less.

While I have no evidence to prove it, my guess is that I'm not alone. All over America, people are feigning compassion and shock, wanting to feel real outrage, but at the same time, dulled by the repetition of these events and the knowledge that any outrage we express will be ignored by our leaders and shouted down by those who neither know nor care about the difference between freedom and anarchy. We will be told to wait, to settle down, not to act rashly, and so on, as if there were anything at all we could do about it anyway. We've danced this dance so many times now. We know before the song begins that no matter the body count, we're all just going through the motions, counting 1, 2, 3, 4 over and over until the music stops. Same song. Same steps. Yet we dance. I have no idea why.

Here we go again. As each event occurs, the time between the initial shots and the conversation turning to politics lessens - as we become better dancers, we move through the steps with a bit more ease, and a bit more speed. We know our partners, and we know our roles. On day one, it's all about thoughts and prayers. On day two, the NRA will speak (they always stay dark on the first day). Also on day two, we will get a revised death toll - the number always goes up. By day three, the politicians will move from thoughts and prayers to some specific policy they hope to move, using the dead as fuel for their ambitions. By day seven, we will have moved on, and the legislation will fail shortly after. By day thirty, the gun manufacturers will see a significant rise in sales, since the words "gun control" spoken out loud on free media drive revenue like nothing else. They'll celebrate their good fortune. Sandy Hook, Pulse, Virginia Tech, San Bernardino, Ft. Hood, Aurora, Columbine. They might as well have been marketing campaigns.

I apologize for my cynicism and insensitivity. I don't mean to offend, but I can't help but see the repetition of events, of conversations, of statements of outrage so well worn that most are likely copied and pasted from old press releases. It happens so often now that we no longer have anything new to say in response, so we rinse and repeat old text to express old emotions that no longer burn as brightly as they should. When I feel this way, when the hopelessness sets in, I fall back on my studies, on what I learned about public discourse and how to persuade an audience - subjects I studied at a pretty high level for a very long time. I find my center in these discussions, and that's something I need at times like this. I'm not doing so well at the whole persuasion thing to this point, so I'm going to try to change gears, fight the hopelessness by doing what I do best. There's a statement I want to make, and it's going to sound odd at first, but I can prove it. Here goes:

We all believe in Gun Control. Every one of us.

I write this statement on the whiteboard in my classroom as an introduction to binary arguments. I tell the class about a number of statements I plan to make about the subject of gun control, and then I ask my students to raise their hands, but lower them once I say something they don't agree with. Then I go through my list:

"As an American, I have the right to own a gun." Usually, most or all the hands stay up.

"As an American, I should have the right to own a gun." Sometimes a hand or two will drop, but most of the time, they remain raised.

"500?" By this point, typically some folks have dropped out, but there are always several holdouts.

Then I shift things a bit:

"How about a shoulder mounted surface-to-air missile? Should I have the power to shoot down a commercial jet?"

I go all the way to thermonuclear warhead if I have to. The point of the exercise is not to expose anyone as right or wrong, but simply to show that there is a point that each of us is unwilling to cross - that each of us agree that some control is necessary. This is incredibly important, since it gives us a starting point; rather than arguing opposite sides of an issue we disagree on, we are simply settling the details of an argument we have already worked out. At some level, we do agree, and that is a position from which real work can be done. As long as we stay rooted in our partisan camps, unwilling to see our common interests and common beliefs, then we're just dancing to the same old tune, twirling like idiots as gun makers put the last song on repeat and watch their sales numbers go up.

To steal a phrase from Dr. Cornel West, "I am in no way optimistic, but I remain a prisoner of hope." That's about all I can say at this point. As the different agendas place blame on whatever groups they hate, my hope is that somewhere, in some dark corner, a real leader starts an honest conversation about the better world we might create if only we could get past the noise. It's a "blues-inflicted" hope for sure, but I'm going to hang on to it anyway.