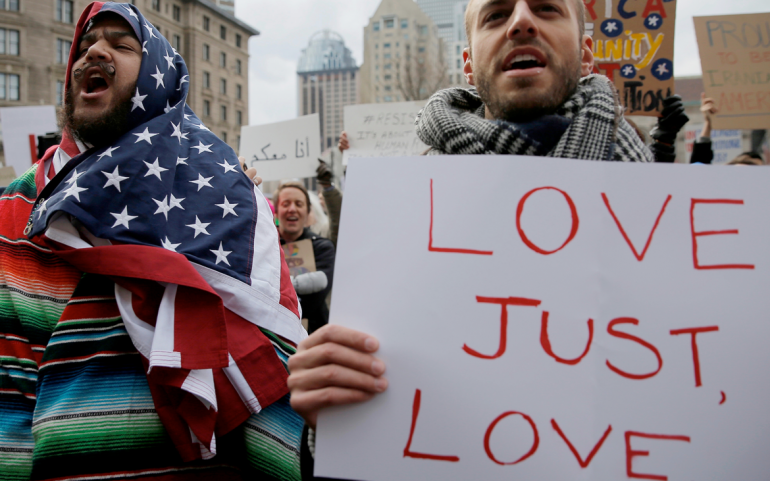 The Muslim Ban (known also as the travel ban) will likely be upheld, at least in substantial part. Full disclosure: I've been pessimistic about the case since early on. There are legal doctrines and precedent that give a decisive advantage to the government in matters relating to exclusion of foreign nationals. One: plenary power over immigration, and two, deference in matters of national security. At yesterday's Supreme Court argument which I attended, the Government lawyer (Solicitor General Noel Francisco) hammered national security. As for plenary power, the Court is being asked to find the outer limits of the President's power here. He has authority to suspend entry - the question is, to what extent.

That's not to say there is no response. There is, and a strong one. Congress is in the driver's seat; the President is a passenger and goes where Congress says. But if history is any guide, courts back off when national security is invoked. Karen Korematsu, the daughter of Fred Korematsu, whose Japanese internment case was decided by the Supreme Court in 1944, was present at yesterday's arguments and can tell you better than I can.

The news about Gorsuch flipping last week in the Dimaya case was inflated: he's not going to strike this ban. I saw no evidence the usual swing justice Kennedy would strike it, as well as Chief Justice Roberts. That's 5 to uphold.

Moreover, there is a huge question of religious animus and the Court's ability to peek behind a facially neutral act like this ban. I've written before about 4th Circuit judge Neimeyer, who outlined a way (in Muslim Ban 2.0) to "turn off" the judicial spotlight so that the religious animus wouldn't even be considered. You can have a decrepit, disgustingly discriminatory structure, but if it has a neutral façade and all you have is a penlight, you won't see it for what it is. And even if there was religious animus, at what point does it end? This was a big question at arguments this morning. Does that mean the President is forever barred from taking any action that affects Muslims because he's expressed animus towards them? What intervening event could "cleanse" the taint of religious animus? Apparently, all it takes is saying "many, many Muslim countries are great, and Islam is a great country." (Yes, SG Francisco actually attributed that quote to our President, after hammering the supposed "neutral" nature of the ban.) But taking an oath of office should not insulate an elected official from what he said as a candidate. And to be real, I'm not exactly feeling the love here.

One gaping hole in the Government's case is that no one really knows exactly what the "worldwide review" of countries actually entailed. I wonder how the Supreme Court can find what the limits of executive power are without knowing what the executive branch actually did? But will that be enough to make the action unconstitutional? Probably not.

I hope I'm wrong. The lower courts have all found serious constitutional problems with earlier bans and this one, too. But the Supreme Court is a different animal. A decision upholding the ban is a harbinger of a perpetual change - a very dark change - in immigration policy. It will give this President a power no other President has had.

I was asked twice on the steps of the Supreme Court, what are the next steps?

First, we need to take a hard look at what we won on the road this far since that first chaotic night last January at the nation's airports. And then, we need to see what we did wrong. We won a lot of solidarity, new allies, and sharpened vision. We made the mistake of accepting the framing of this being a "Muslim ban." That it is - but that's just one tentacle of the administration's octopus of hate. Even if you cut it off, it grows again.

Second, we need to chip away at the implementation of the ban (if it is upheld) as much as we can, but strategically. Try to kill it with 1000 paper cuts. There's a class action lawsuit in California alleging the waiver process to be a farce. We need to support it (and efforts like it); my deepest respects to Shabnam Lotfi and her firm and legal team for spearheading this important effort.

Third, understand where this is coming from and go for the head of the octopus. If we don't realize the Muslim ban is tied to DACA revocation is tied to ramped up ICE raids is tied to TPS de-designation...we're going to keep hacking off tentacles that will only regrow. As an immigration lawyer, an airport lawyer, and now board member on the Dulles Justice Coalition, I've changed the nature of my practice because of this administration. I am no longer satisfied with completing one case at a time. I cannot ignore the larger picture.

None of us can.