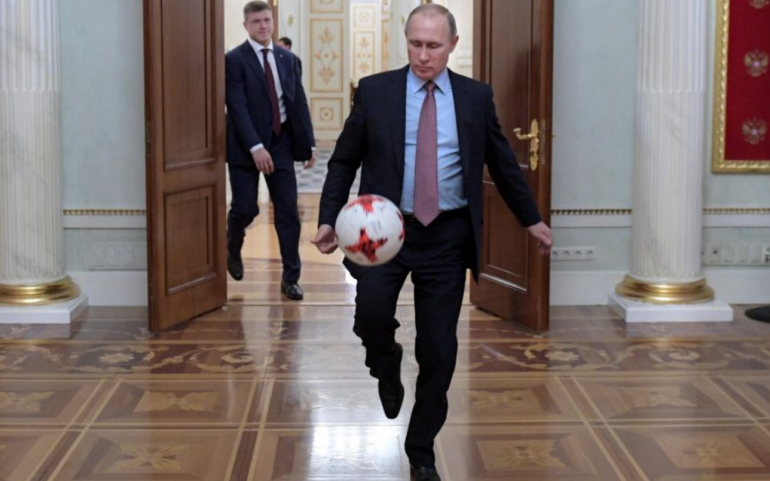 Oh, Vladamir!
Where Art Thou Vladamir?
We know you are out there hiding in the
shadows of our democracy..
You have been softly whispering into the
ears of those who knew what
games you play..

Those soft whispers blew into the ears
of those who listened closely..
Heard the voices distinctly plotting and planning..
Those ears also know the rules of the games..
They knew the danger, they stepped back
and opened their eyes..

The games are on..
Are we playing Cat and Mouse or
are we playing spin the bullet?
Your shadows are not so heavy now..
The ears you so softly whispered in are now deaf..
What now Vladamir?

Those who tried to play the games
are playing a different game..
The rules are different..
The outcomes will be different than they expected..

Remember the shadows you were in
were those of democracy..
Democracy is the game..
Democracy makes the rules..
This game is not new to us
at least those of us who believe..
In freedom, liberty, equality, honesty,
and our great country..

Please do not think America is a fool..
There are some who have done
some foolish things..
But rest assured our eyes and ears are always open..
Our Congress will be united to play the games
and we always play to win!

Mother of six, grandmother of 22 grandchildren and Patriot.  I have always felt a deep sense of pride for what this country stood up for.  I have worked all of my life outside of the home, paid my share of taxes, voted, and was thankful for being in a free nation.  Three of my children were in the USAF.  I love going to the movies, reading, dabbling in writing, antiquing, parties with family and friends and most of all spending time with my husband.  The children whose lives are turned upside down by homelessness, bullying, and diversity tug at my heart.  Time for change!