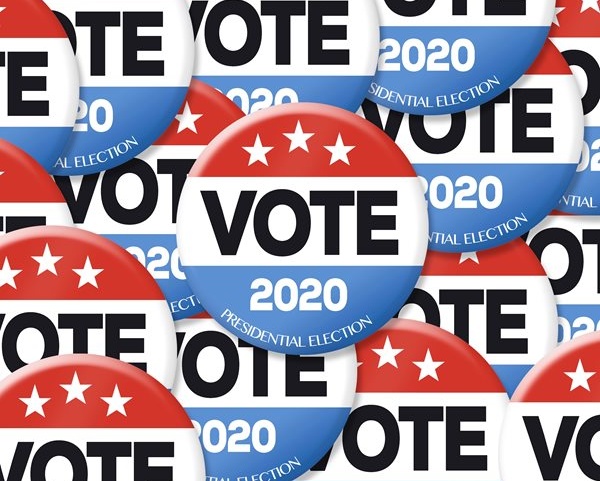 By way of introduction, I used to be a Republican, am now an Independent, and intend to vote for every Democratic candidate in all upcoming elections until the Republican Party regains its moral principles (if ever).

I have a modest proposal about which I am entirely serious but which has zero chance of being adopted.

Here's what the Democrats should do about their 2020 presidential nomination.  They should forget about intra-party debates, primaries, caucuses, and all other ways of choosing delegates committed to a particular candidate.  They still need to have a nominating convention, but it should comprise party loyalists ratifying the decision made by the process I'm about to describe.

They should find the best Donald Trump impersonator available.  This person should study Trump's debating method until he has it down cold – the bullying, the disparagement, the creepy physical stalking.

The Democrats should hire a top-notch polling organization that is not connected with any particular candidate, which will create focus groups, as large as can be afforded (to get the most accurate result) comprising everyone except Trump's base (that is, made up of Democrats, Independents, and sane Republicans, if any exist).

(It'd be a waste of money to study the reactions of Trump's base; we know they'll support him no matter what happens.)

Then have each of the many Democratic presidential candidates (and it’s good that there are many – the more the better; all possibilities should be explored) participate in at least three mock debates against the Trump impersonator (who will be very tired by the end of this process – he'll have earned his pay!) and have the focus groups watch and score those debates.

Then the Democrats should nominate whoever does best in the debates.  Forget all other considerations.

If that’s too simplistic (and maybe it is), then widen the considerations past merely debating.  Test the candidates' abilities at counter-Tweeting, at counter-punching in attack ads, at every aspect of the campaign where they will be competing with Trump for the votes that are up for grabs.  The Democratic candidate needs to attract as much support as possible among undecideds and turn out as much of the Democratic base as possible – in other words, maximize the actual vote against Trump.  (Scientifically, I suppose there’s one more factor – the extent to which the Democratic candidate increases Trump’s base’s turnout.  More Trump supporters, for instance, may have turned out to vote against Hillary than would have if the Democratic candidate in 2016 had been the usual dead white guy.  But we can only test for so much.  In 2020, I think the Trump base will turn out to reelect him in about the same numbers no matter who his opponent is.  They'll be protecting their guy.)

You may ask, what if several candidates test about equal in their ability to win comfortably?  Can't the Democrats choose among them based on other criteria, like their policies, personality, experience, or personal background?

No.  This is no time for self-indulgence.  Unless the difference is within the polling error (that is, we don't actually know which candidate has the best chance) the best anti-Trump candidate must be chosen.  Hillary was supposed to win comfortably, remember.  In fact, Hillary did win comfortably – in the popular vote.  But because she won her states by a lot, he won a lot of small states that have disproportional representation due to the makeup of the Electoral College, and he won a few big states narrowly, he lost the election but won the office.  There's no reason that can't happen again.  His base could turn out, the Democrats and Independents could stay home, the Electoral College could do its magic trick again, and he could set a record for losing the election by the largest percent of popular vote while still winning the office.  We mustn't take any chance.  I don't care if two candidates project to beat him by 10% and one by 15%, and the 15% one is less appealing to the Democratic party in every way compared to both the 10%s, nominate Mr. or Ms. 15% anyway.  We have to give ourselves the best chance possible.  It’s too important to do anything else.

If the Democrats win the presidency, coattails will probably get them the Senate and keep them the House.  The Republicans have changed so many Senate rules (at the cost of its status as a deliberative body) that the Democrats might even be able to get something done despite the spiteful obstructionism that the Senate Republican minority will certainly indulge in (as they did against Obama).

Then we can begin to face up to the real problems – the problems exposed by Trump.  I place these in two categories – your results may vary:

(1) We thought we'd made social progress in this country the past 60 years.  We thought we'd moved the bell curve in the direction of tolerance.  We thought as the country became more urban and multi-ethnic that Nixon's Silent Majority was no longer a majority.  Trump showed us we were wrong.  We stretched the bell curve in the direction of tolerance – it became lopsided, elongated in the tolerant direction – but we didn't move or diminish the intolerant end.  Forty percent of our neighbors are racist, xenophobic, sexist, and religiously bigoted and are controlled by fear and hate, and 40% is enough to rule the country if you use them right.  This is the most discouraging revelation of my 66-year lifetime.  Our progress was, at the same time, both real and illusory.  When I was a child, schools and places of public accommodation were racially segregated, interracial marriage was illegal, prayer in public school was routine, abortion was illegal, sodomy was a crime, and gay marriage wasn't even a topic.  The changes in all those areas are real progress.  But 40% of the country stayed behind; they never consented, they never changed, they never rethought.  They'd undo all that if they could – and it turns out they can, if you use them right.

(2) Our political system, long claimed to be a work of genius by the Founding Fathers, robust and able to automatically correct any temporary disturbance due to its checks and balances, is none of those things.  It's so fragile that a real-estate con man from a reality TV show completely shattered it by riding down an escalator (aided by a few devious Russians with internet access).  Our supposedly robust system was defenseless against someone willing to ignore all its rules and conventions.  We had presumed such deviant behavior would be socially punished; instead, it was rewarded.  If a self-centered, un-self-aware, malevolent buffoon like Trump can seize power almost by accident (I am still convinced he ran merely to promote his brand and never expected to win – and that when he did win, it validated his narcissism in his own mind and made his mental derangement even worse), then a more focused, policy-oriented bad actor could do it too.  Trump has shown how easy it is to break the system – now others can follow his guidelines for purposes even worse than ego satisfaction.

But we can work on facing those problems only if we get our country back from fearful haters led by a narcissistic psychopath.  And that requires that the Democrats forget about fine details of preference for one candidate or another and nominate whoever can win.  Does some left-wing woman who scares the Democratic establishment test best?  Nominate her.  Does some dead white guy who bores the activists test best?  Nominate him.  Does someone with two domestic violence convictions who once gave a speech at a segregated college and barely seems to actually be a Democrat test best?  Hold your nose and nominate him.

Our house is on fire.  Don't dither over which bucket has the nicest decoration – grab the biggest one and start throwing water.  Please.

In 2020, electability isn't the most important thing, it's the only thing.  A Democratic candidate who winds up being a mediocre president is better than a candidate who would have combined all the best features of Washington, Lincoln and FDR but lost to Trump.

George Michael Sherry is a retired architect living in Texas.  Republican and Christian by upbringing; objectivist libertarian and atheist by conviction.  Votes for the person, not the party.  Twitter: @Michael_n_Texas